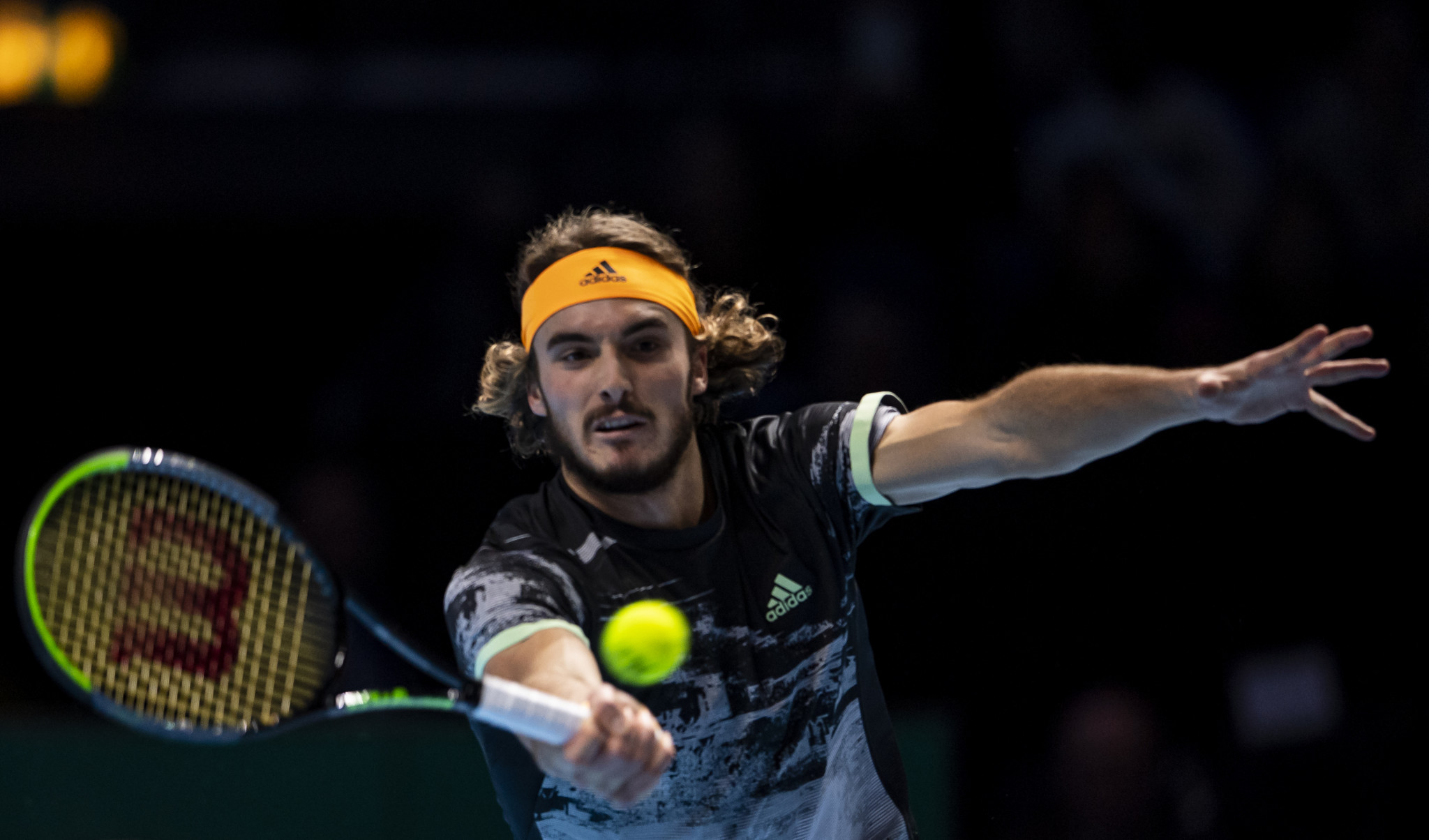 Stefanos Tsitsipas fought back from a set down against Dominic Thiem to claim a deciding set tie-break and win the season-ending Association of Tennis Professionals (ATP) Finals in London.

The Greek sixth seed defeated Swiss legend Roger Federer in yesterday's semi-final and needed all of that grit again to overcome Austrian Thiem at the O2 Arena.

After losing the opening set tiebreak, Tsitsipas found his form as Thiem wavered and he dug deep to clinch a 6-7, 6-2, 7-6 victory in two hours and 33 minutes.

The pair exchanged break points throughout the opening set but it was not until the tiebreak that the breakthrough came.

Tsitsipas levelled the breaker at 5-5 with three consecutive points, but it was Thiem who stole the set on an 8-6 scoreline with his second set point.

The first set had taken 65 minutes but the match was all-square again just 28 minutes later as Tsitsipas landed an array of attacking shots.

THE NEW KING OF LONDON 👑

The Greek star flew out of the blocks to break Thiem in the opening game of the second set and quickly built a 4-0 lead.

Thiem regained his composure but was helpless in preventing Tsitsipas wrapping up the set to send the match to a decider.

The 21-year-old rising star maintained his attack as he continued to capitalise on strong net play as Thiem's unforced error count rose.

He made the pressure tell in the third game of the set as he forced the break before consolidating his lead at 3-1.

World number five Thiem had not lost a deciding set since the Italian Open in Rome in May and found a way back as the match moved into a deciding tiebreak, the set level at 6-6.

Tsitsipas opened up a 3-1 lead when a Thiem backhand landed on the wrong side of the tramlines but the Austrian claimed the next two points on his rival's serve before levelling at 4-4.

Something had to give, and it was a long forehand from Thiem that proved pivotal.

It gave Tsitsipas the initiative at 5-4 and the Greek served out the set at 7-5 to secure victory and a maiden ATP Finals crown.