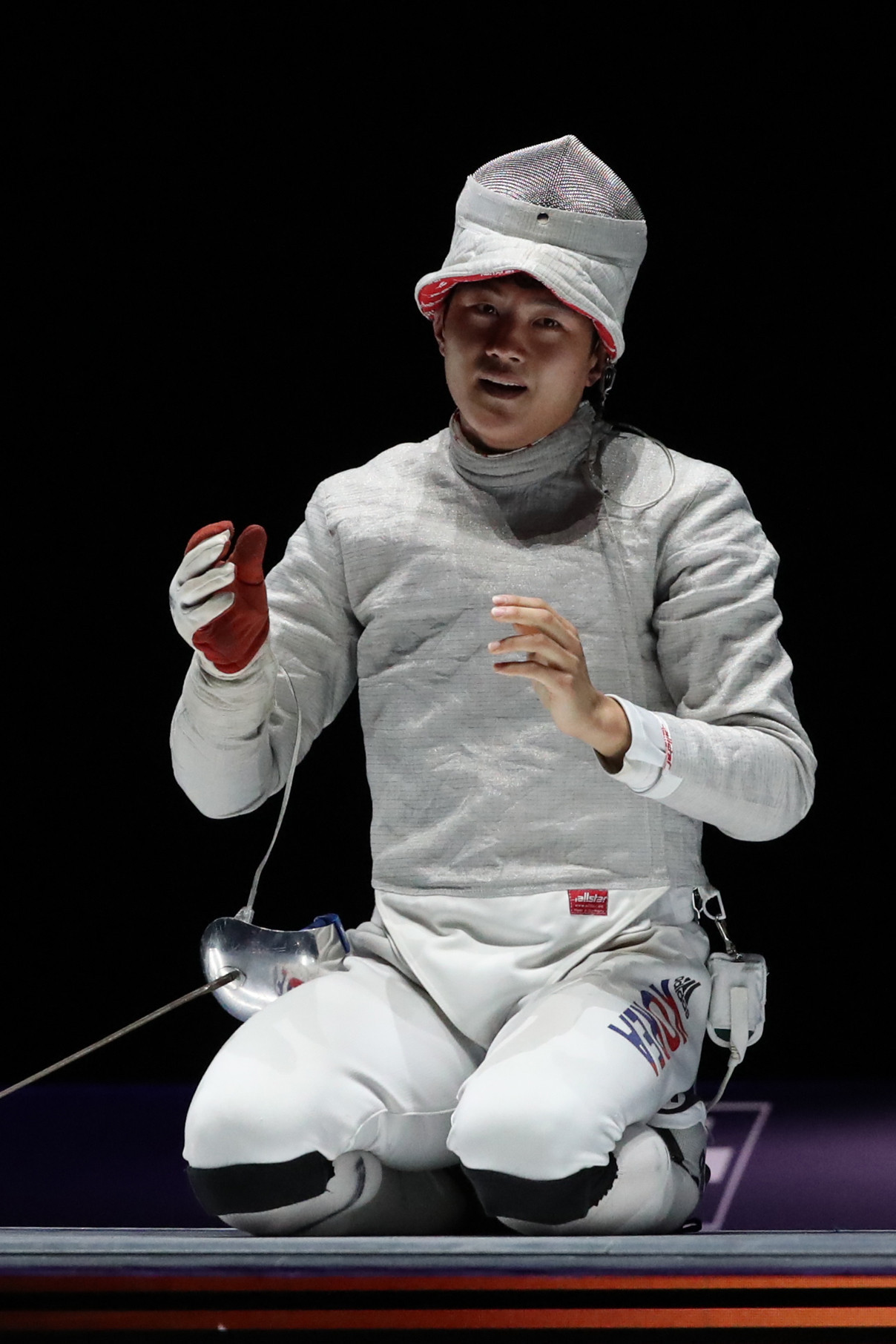 Oh Sang-uk, the top seed in the individual comeptition, failed to make his mark yesterday but bounced back at the Cairo Stadium Indoor Halls Complex as South Korea lived up to their favourites tag.

Oh was joined by Gu Bong-il, Kim Jung-hwan and Kim Jun-ho for the team event and they did not disappoint, defeating Hungary 45-41 in the final.

The line up of Tamas Decsi, Csanad Gemesi, Nicolas Isliasz and Andras Szatmari were no match for their South Korean rivals and had to settle for silver.

The South Koreans opened up a four-point lead by the halfway stage of the final and it was left to Oh to seal victory against Szatmari.

Victory for the South Korean team came despite them being on the brink of elimination in the last 16.

Against Britain, South Korea trailed 40-38 going into the final battle but a 7-4 win for Oh against William Deary saw South Korea progress 45-44.

South Korea proceeded to defeat China 45-34 in the quarter-finals before seeing off Russia 45-39 to book their place in the gold medal match.

The bronze medal went to the Italian team of Enrico Berre, Luca Curatoli, Aldo Montano and Luigi Samuele after they defeated Russia in the play-off for third.