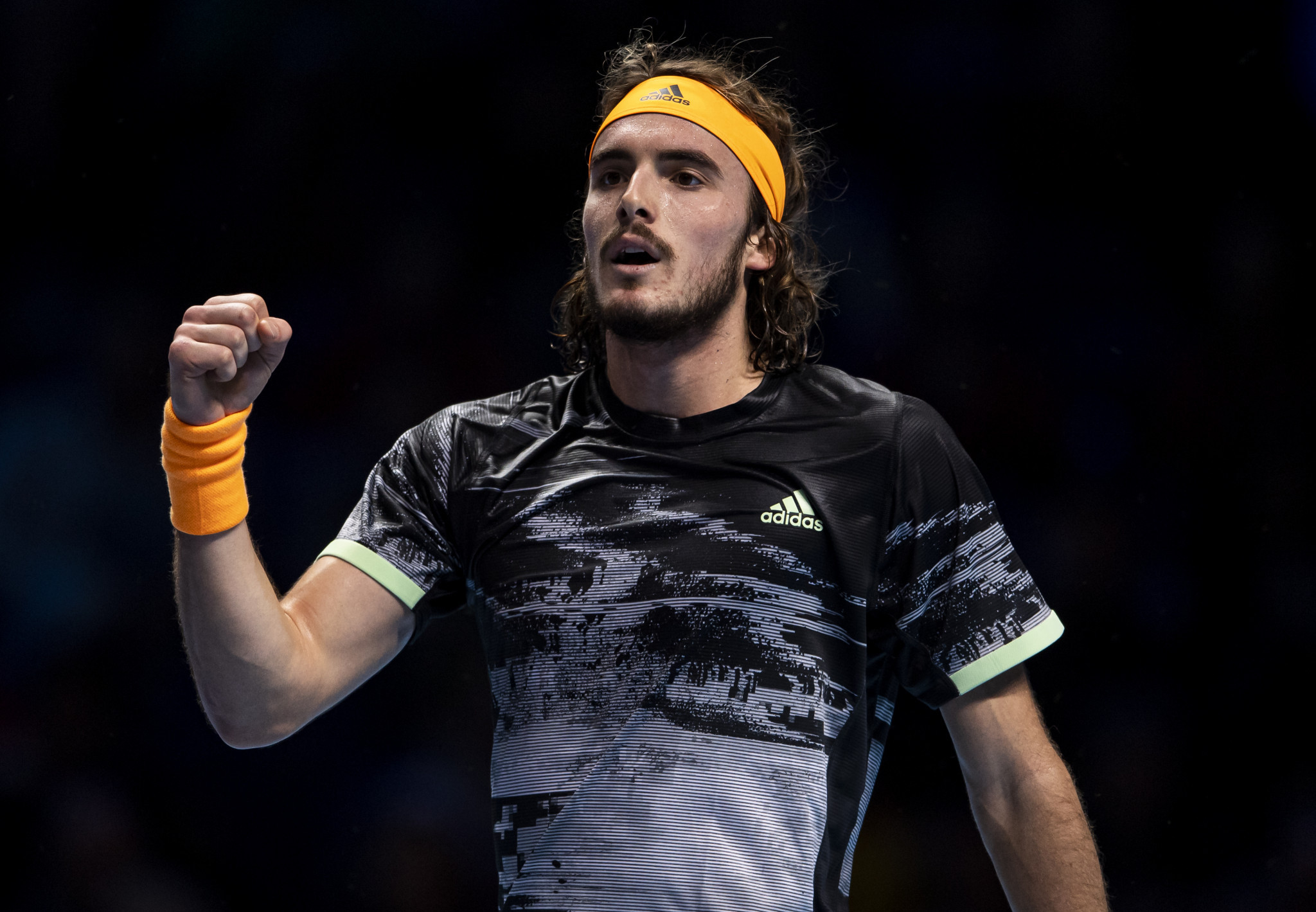 The Greek 21-year-old was making his debut at the end-of-season finals at the 02 Arena, but he appeared unfazed by the mounting pressure as he took the game to Swiss legend Federer, sealing a 6-3, 6-4 win in 1 hour 36mins.

Tsitsipas was under pressure from the start as Federer sought an early break, but the sixth seed held firm.

He had to fend off two more Federer break points when serving for the set at 5-3, before claiming a 6-3 lead with his seventh set point.

The 20-time grand slam winner saw errors creep into his match and Tsitsipas capitalised to grab an early break in the second.

Federer levelled the set immediately, before Tsitsipas upped the ante with a further break.

Opportunities came again for Federer to draw the set level, but the Greek served out with some big deliveries and is now just one match away from claiming the ATP Finals trophy and the biggest win of his career.

He will have a tough task, however, with Austrian Thiem in the form of his life.

Wins against Federer and ATP Finals top seed Novak Djokovic from Serbia gave him the confidence boost needed for the last four and he dug deep to see off defending champion Alexander Zverev in the evening match.

Thiem, Zverev and Tsitsipas are very much seen as the replacements for tennis' big three - Rafael Nadal, Djokovic and Federer - and they showcased why in London this week.

Thiem stole the advantage in a tense opening set against Zverev, claiming it on a 7-5 scoreline as the German double-faulted.

It was punch and counter punch in the second set as the duo remained on serve until 3-2.

Then Thiem made the crucial breakthrough to go 4-2 up and there was no way back for world number seven Zverev as he slumped to a 7-5, 6-3 defeat.

Thiem and Tsitsipas will bid for the ATP Finals title tomorrow with a new name sure to be added to the trophy.