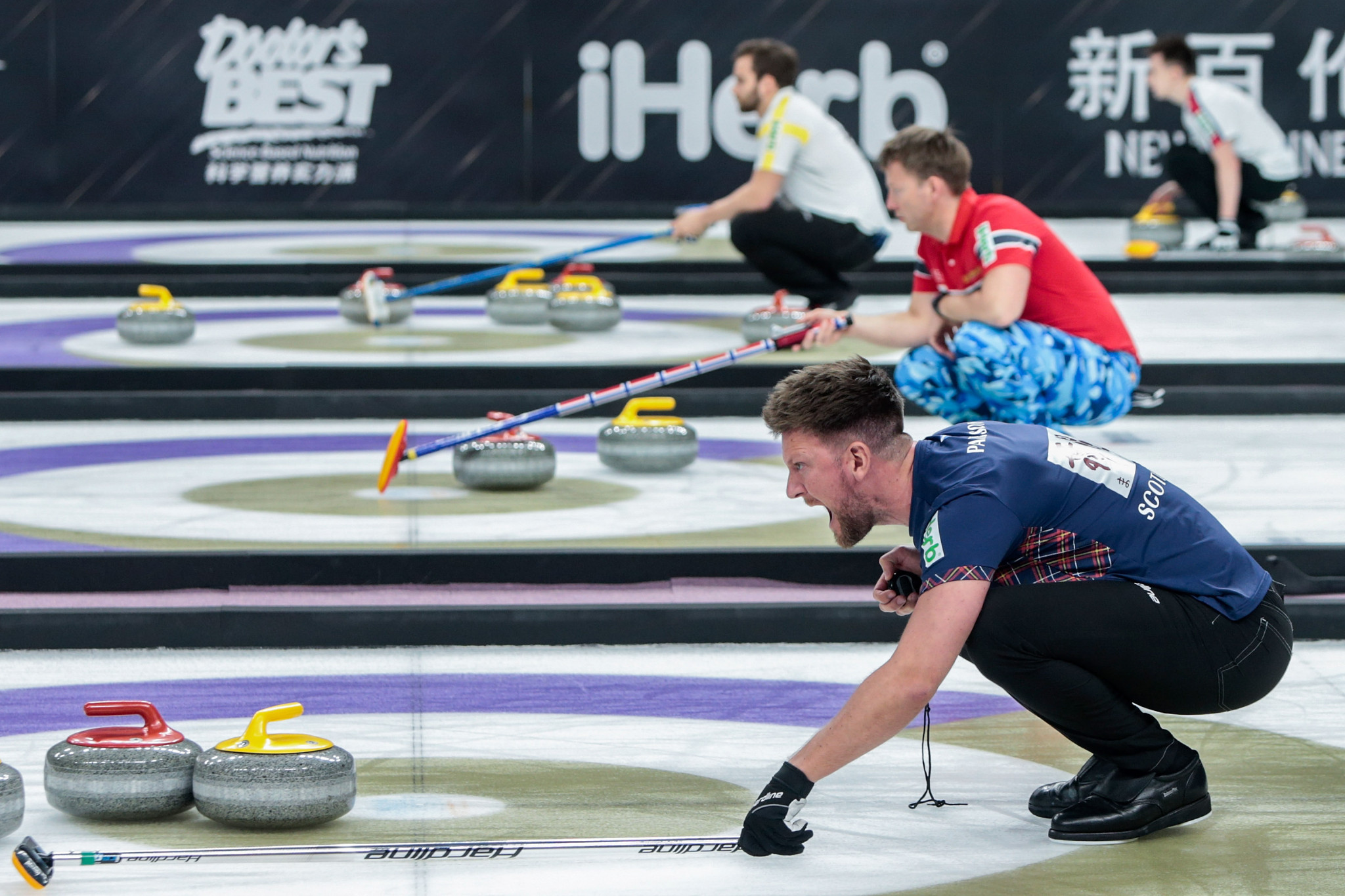 Defending men's champions Scotland opened their 2019 European Curling Championship campaign in a winning fashion, despite bringing a new line up to the Helsingborg tournament.

With a fresh team in tow, Scotland began against Norway and soon forged ahead, leading 3-1 after three ends.

Skip Ross Paterson drew a final stone into the four-feet ring to add more points as the lead grew to 5-1.

Norway showed signs of a comeback, reducing the score to 6-4, but Scotland's experience told as they cruised to a 10-4 victory.

In the first evening session of the tournament, the Scots held off an Italian fightback to remain unbeaten on a 7-5 scoreline.

The Norwegians claimed a 6-2 win against Germany in their second match of the day.

Hosts Sweden are the reigning world champions and laid down a marker in Helsingborg with two victories of their own.

There were no signs of nerves in front of a Swedish crowd and skip Niklas Edin led his team to a 9-3 win against Denmark.

In their second match, the Swedes cruised to an 8-5 win against Switzerland, who had earlier won 9-4 against The Netherlands.

There was a narrow victory for Germany against England, as Marc Muskatewitz secured a 9-8 win with an open hit in the 10th end, the teams locked at 8-8 going into the final end.

England were to come unstuck for a second time just a few hours later as they wilted under pressure from the Dutch, losing 8-5.

In the women's draw, hosts and defending champions Sweden secured an opening victory in Helsingborg.

Up against Denmark, they ran out 7-3 winners, with 2018 runners-up Switzerland edging to a 6-5 victory against Germany.

Czech Republic won 8-2 against Latvia, as Scotland secured a 7-4 win against Norway.

Russia missed out on the medals 12 months ago after losing to Germany in the bronze-medal playoff.

They bounced back with an opening 7-1 victory against Estonia.

The European Championships continue with further round-robin action tomorrow and will conclude with the finals on November 23.