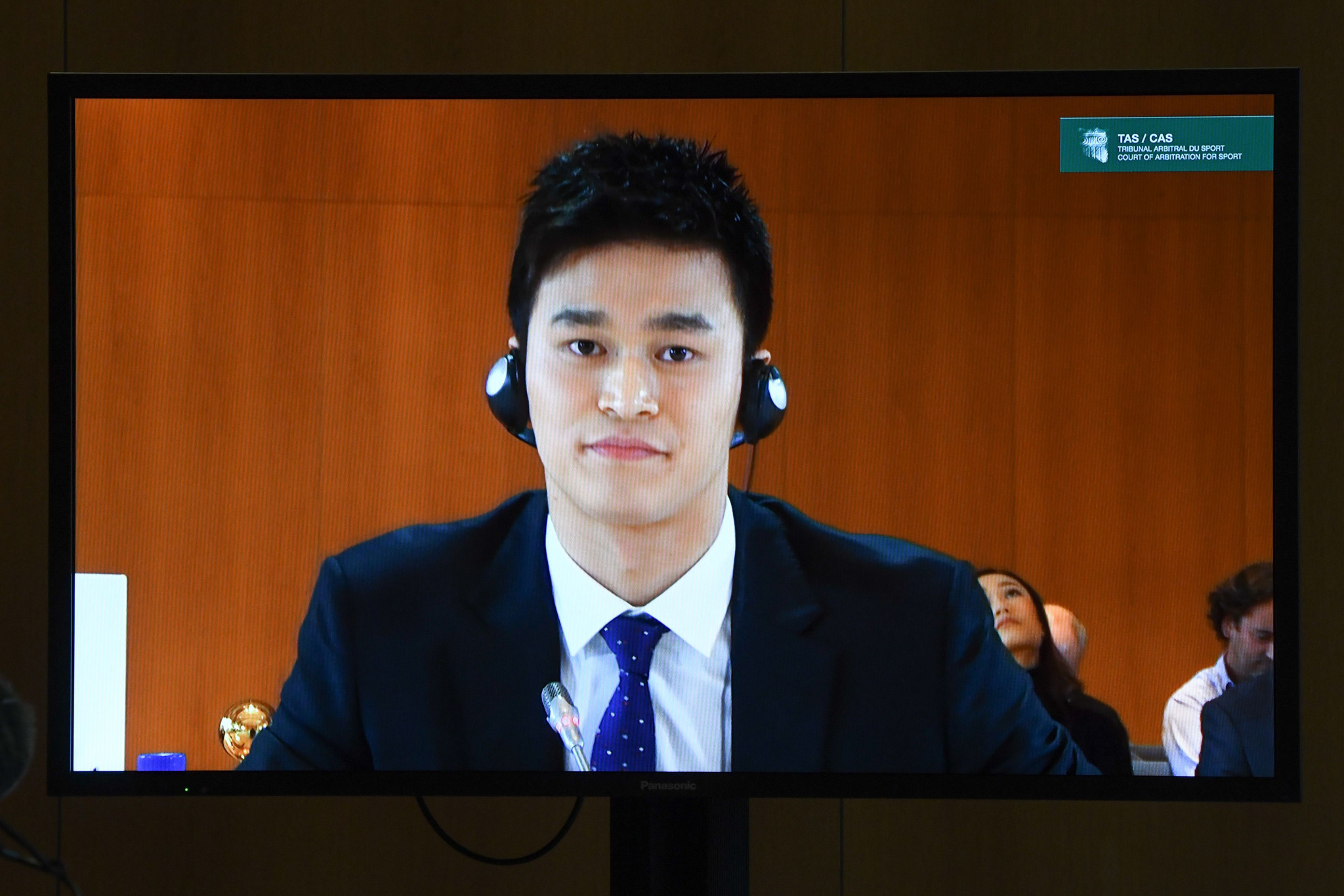 Three-time Olympic champion Sun Yang blamed a lack of credentials possessed by doping control officers for the row which led to a security guard smashing a blood vial with a hammer, as translation problems marred his testimony here today.

Speaking at a Court of Arbitration for Sport (CAS) hearing, the first to be held in public for 20 years, Sun reiterated his belief that they had failed to identify themselves properly during the incident in September 2018.

The Chinese swimmer, giving evidence as he battles to clear his name and save his career, said he was unable to trust the officers who arrived at his home in Zheijang Province.

The World Anti-Doping Agency, appealing the decision from the International Swimming Federation (FINA) doping panel to only issue Sun with a warning, said in response that the credentials of the doping control officials were in order.

The credentials of the nurse in attendance were questioned by twice-banned team doctor Ba Zhen, claims repeated by Sun during his hour-long testimony.

"If they had been professional and had shown their identification, we would not be here today," Sun said.

"How could I allow them to take my sample?"

Sun also insisted he was not aware of the consequences if he did not provide a sample, despite the multiple world champion having been tested 180 times in the period from 2012 to 2018, 60 of which were carried out by IDTM.

Richard Young, a counsel for WADA, cast doubt on the testimony given by Sun, claiming he could not tell whether the Chinese star was being "monumentally evasive or just did not understand" after numerous translation issues affected his evidence.

At times, Sun appeared confused by the translation from simultaneous interpreters as he was asked questions by his own lawyer and when he was cross-examined by WADA counsel.

CAS secretary general Matthieu Reeb admitted the translation, provided by Sun's team, was "poor", but said all parties would receive a full transcript of the 11-time world champion's testimony.

During his closing statement, Sun bizarrely called on someone from the gallery to simultaneously interpret his final statement because he was not happy with the WADA staff member who stepped in following issues in the morning session.

Young described Sun's behaviour during the night in question as "pretty sensational" and argued he had been "nailed on a tampering violation" before the vial was smashed and his doping control form was ripped up.

The court heard how the doping control officer wanted to leave the residence with the sample, but Young said Sun's team decided there was "no way that was going to happen".

The WADA lawyer was also critical of the athlete's dependence on Ba, who prescribed Sun the banned substance which saw him suspended for three months in 2014.

Young said Sun was "incredibly careless" relying on Ba, who was suspended for his role in Sun's anti-doping rule violation and then sanctioned again for breaching the terms of his ban.

WADA is seeking a punishment of between two and eight years as it believes the sanction handed down by FINA is too lenient.

The 27-year-old, winner of the 400 and 1,500 metres freestyle gold medals at the 2012 Olympic Games in London and the 200m freestyle in Rio de Janeiro four years later, is facing a stricter punishment due to his earlier suspension.

Sun participated at this year's FINA World Championships despite the case and was subjected to podium protests by some of his competitors.

A verdict could come in January, Reeb said, depending on the timing of the full transcript of Sun's testimony.