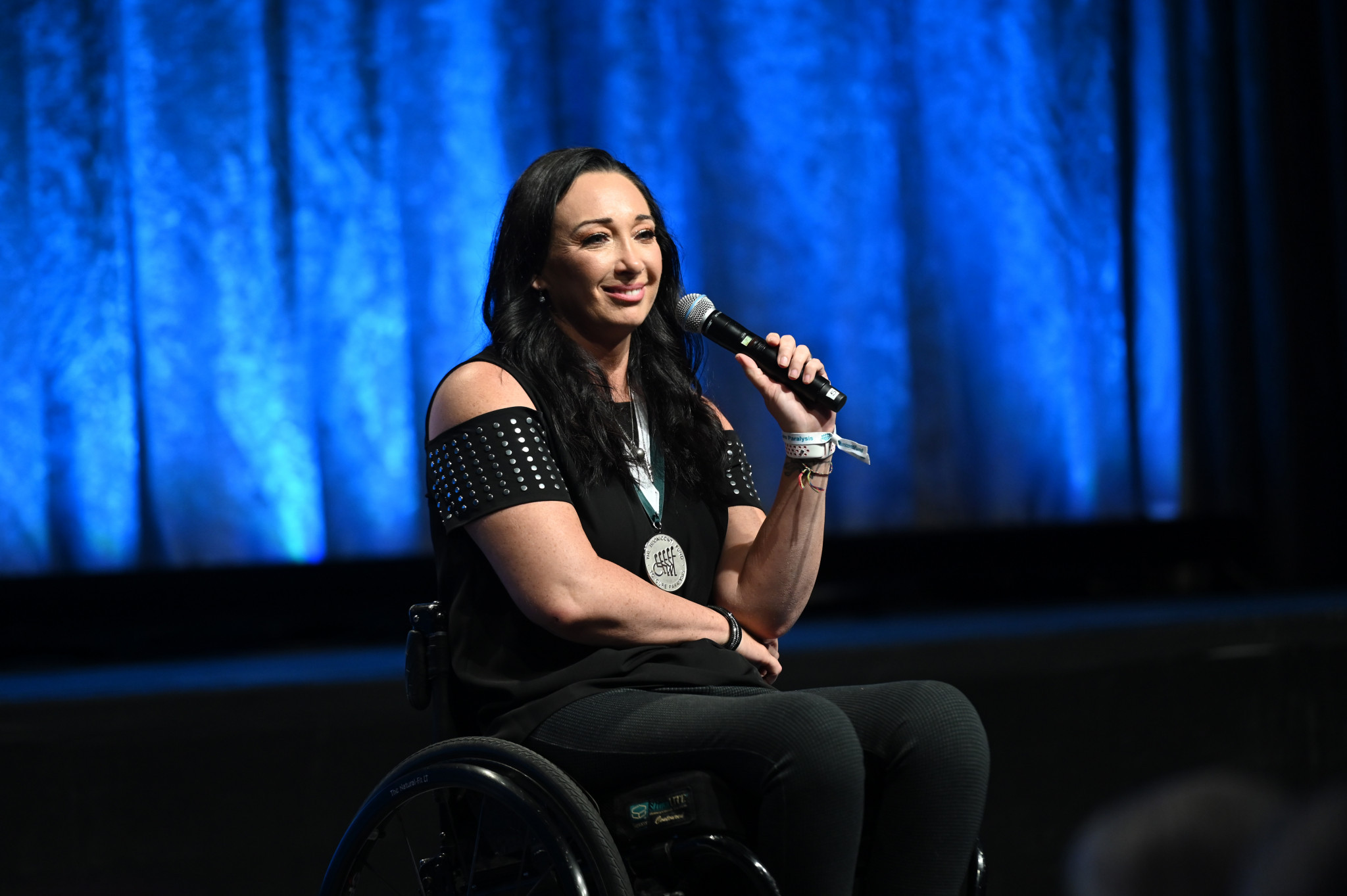 The six-time Olympic swimming gold medallist will receive the accolade at the 2019 Team USA Awards at Universal Studios on Tuesday (November 19).

It recognises an individual who has "served as a powerful force for good in society, inspiring others by contributing to a better world, uniting people or leading a cause".

Van Dyken has dedicated her life to improving the lives of people with spinal cord injuries and will receive the award from Stuart Rankin, the grandson of Olympic legend Owens.

She herself was paralysed from the waist down after a quad bike accident in 2014.

The 46-year-old has since set-up the Amy Van Dyken Foundation and Amy's Army which provides equipment to individuals across the country, including patient lifts, standing frames and beds.

Her Wheels for Kids initiative also raises money to provide wheelchairs for children.

"I couldn't be more thrilled to be honoured by the USOPC, especially with an award named after the legendary Jesse Owens," Van Dyken, who won four Olympic golds at Atlanta 1996 and two at Sydney 2000, said.

"Jesse Owens continues to be a role model to all Olympians and Paralympians, showing us that sport has the power to ignite change in society and gives us a platform to impact others in a positive way.

"I'm grateful to receive this award and to continue on the legacy of such an inspiring Olympic champion."

The Owens family established the award on the 80th anniversary of his iconic performance at the Berlin 1936 Olympics.

He won four gold medals in the 100 metres, 200m, 4x100m relay and long jump and was the most successful athlete of the Games.

As a black man, he crushed Hitler's hope of using the Games to demonstrate white supremacy.

"Amy has embodied the Olympic and Paralympic spirit throughout the many chapters of her remarkable life," said USOPC chief executive Sarah Hirshland.

"She reached the pinnacle of competitive excellence in the pool as the most accomplished US athlete at the 1996 Olympics, then went on to move our nation once again through her inspiring comeback and positivity after such a life-changing accident.

"And now, her service to others is helping to improve the lives of those with disabilities and make the world a more accessible and compassionate place.

"Her message and her story remind us to appreciate all that life has given us, and that acts of kindness can move the world."