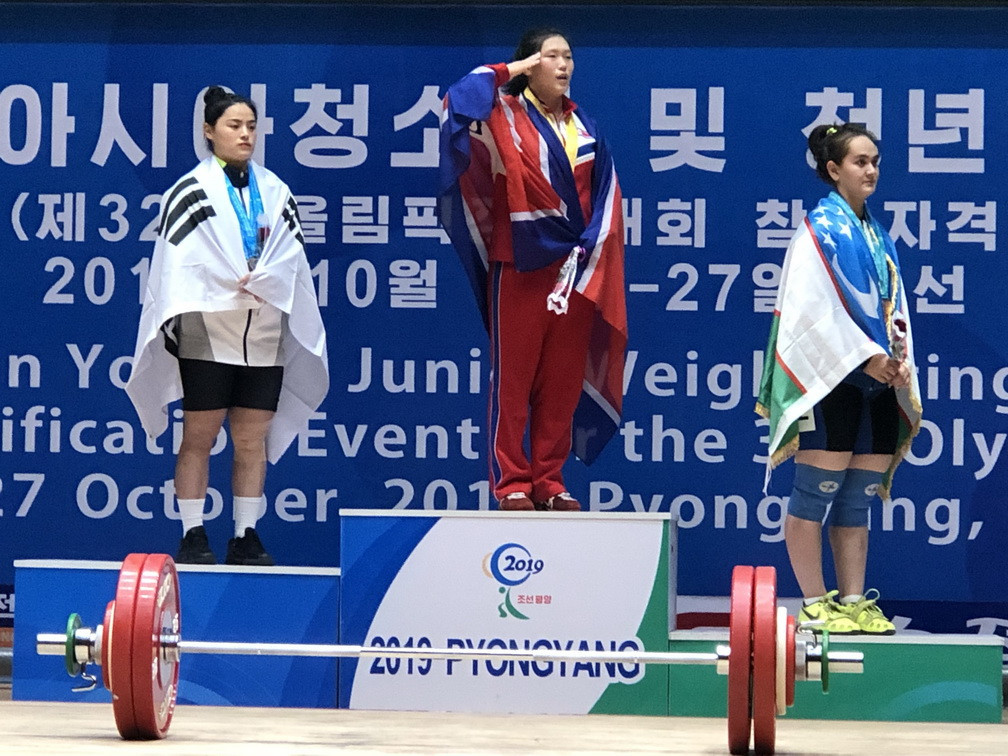 International Weightlifting Federation (IWF) President Tamás Aján has expressed the pride at seeing North and South Korean athletes competing together at the Asian Youth and Junior Weightlifting Championships in Pyongyang.

A delegation of 65 from South Korea crossed the border into the Democratic People's Republic of Korea (DPRK), as they headed North to participate in the Championships, which took place from October 21 to 27 and served as a gold-level qualification event for next year's Olympic Games in Tokyo.

A total of 18 junior athletes were accompanied by 20 youth athletes and a 27-strong support team that included coaches and officials.

They followed in the footsteps of senior athletes, as weightlifting already brought together Korean athletes in 2013 for the Asian Cup, also held in Pyongyang.

"With 193 member nations, we at the International Weightlifting Federation know very well that our sport is one practised all around the world and we are proud to bring so many people together around tests of strength and technique," Aján said.

"But nowhere are we more proud to see weightlifting bringing people together than on the Korean peninsula again, after the 2013 Asian Cup brought together Korean athletes competing on the same stage in Pyongyang already.

"We shall continue to do all that we can to ensure an atmosphere of peaceful celebration through sport continues to open doors and minds wherever we can."

Son Sung Kook, general secretary of the Korea Weightlifting Federation (KWF), added: "We think that sports have a unique power to put the whole together.

"We think that we need to focus on the original goal of sports spirit."

Son also revealed the KWF is planning to organise next March's East Asian Weightlifting Championships in Seoul, and will try to invite the DPRK team.

"DPR Korea is a very strong team, not only within East Asian Weightlifting Federation countries, but also in the whole world, so we would like to invite them strongly," he said.

As a sport with universal appeal, the IWF claims weightlifting has disproportionately contributed to the DPRK's medal success at the Olympics.

At London 2012 and Rio 2016, weightlifting accounted for four of the country's six gold medals.

The 2019 Asian Youth and Junior Weightlifting Championships demonstrated that the DPRK is on track to continue this success, winning 53 of the 174 medals available.

The nation finished first on the juniors medal table and won 43 of the 165 youth medals, with the women's team placing first overall and the men's team ranking third.

The event came hot on the heels of last month's 0-0 draw between North Korea and South Korea in an historic qualifier for the 2022 FIFA World Cup in Qatar, marking the first competitive men's match between the two countries to be held in Pyongyang.