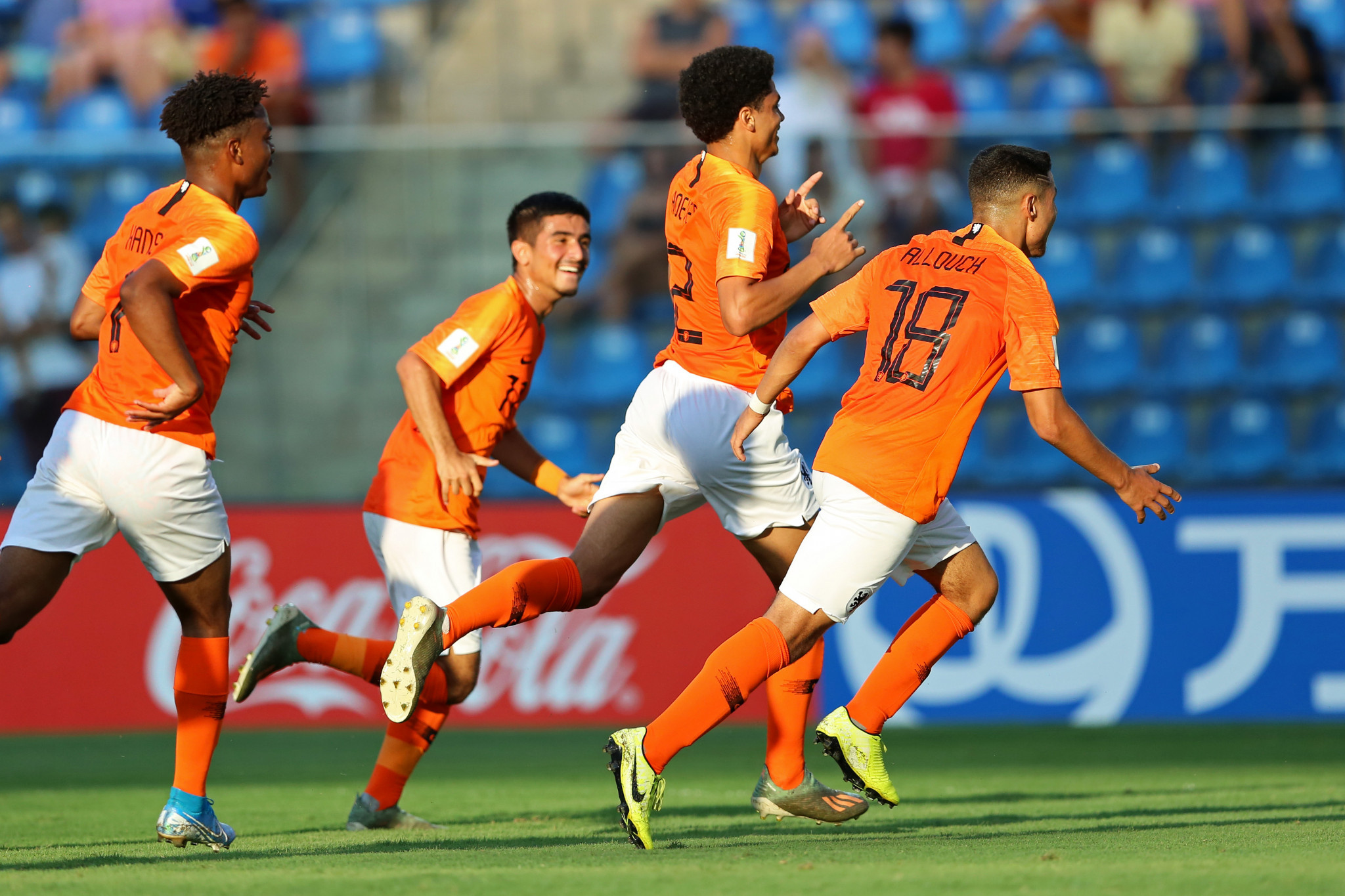 Mexico and The Netherlands booked the first semi-final spots at the FIFA Under-17 World Cup as both won their last eight clashes today in Brazil.

The Mexicans edged South Korea 1-0 with the Dutch roaring past Paraguay 4-1.

Both sides will now meet each other for a place in the final.

Ali Avila came off the bench to win it for Mexico at the Estádio Kléber Andrade in Cariacica.

The substitute headed home Jose Ruiz's cross in the 77th minute to settle a match which had been a defensive battle before that point.

It was a different story for The Netherlands who continued their free-scoring form by making it 11 goals in their last three matches.

The European champions went in front after 30 minutes in Cariacica, as Ki-Jana Hoever registered.

It was 2-0 five minutes before the break as the tournament's leading scorer Sontje Hansen notched for the sixth time in Brazil with a chipped finish.

Paraguay gave themselves hope in first half stoppage time as Diego Duarte pounced on a defensive mistake to reduce the arrears, but the Dutch were too strong after the restart.

Jayden Braaf scored with 12 minutes to go before Naci Ünüvar made the game safe.

The semi-final between the two sides will take place on November 14 at the Estádio Bezerrão in Gama.

Both remaining quarter-finals are tomorrow with Spain taking on France and hosts Brazil meeting Italy.

Estádio Olímpico in Goiânia is hosting both matches.