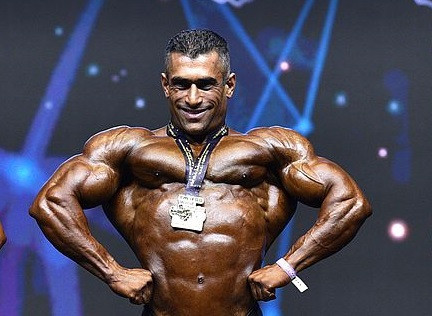 Iran topped the medal table at the International Federation of Fitness and Bodybuilding (IFBB) Men's World Championships after finishing with a haul of 10 gold medals here.

Farshad Ganji then triumphed in the 75kg category of the same division.

He finished ahead of Timoteo Boza of Spain and Nam Kyoung-yun of South Korea, second and third, respectively.

Mohammadebrahim Arzeshmand was the victor in the bodybuilding 85kg, while Mohamed Ibrahim Abdelkerin of Egypt came second and Mazin Al Rahbi of Oman third.

Mazaher Tabaniabarghani topped the podium in the bodybuilding over-100kg, the heaviest category in the competition.

He was followed by Sergii Tkachenko of Ukraine in second and Osamah Abdulateef of Iraq in third place.

To top off Iran's successful day, Arzeshmand was awarded the overall bodybuilding title after impressing in a contest with the other winners.

Having also collected four silver medals, Iran have surpassed their tally from last year in Benidorm, where they managed eight gold medals, a silver and two bronze.