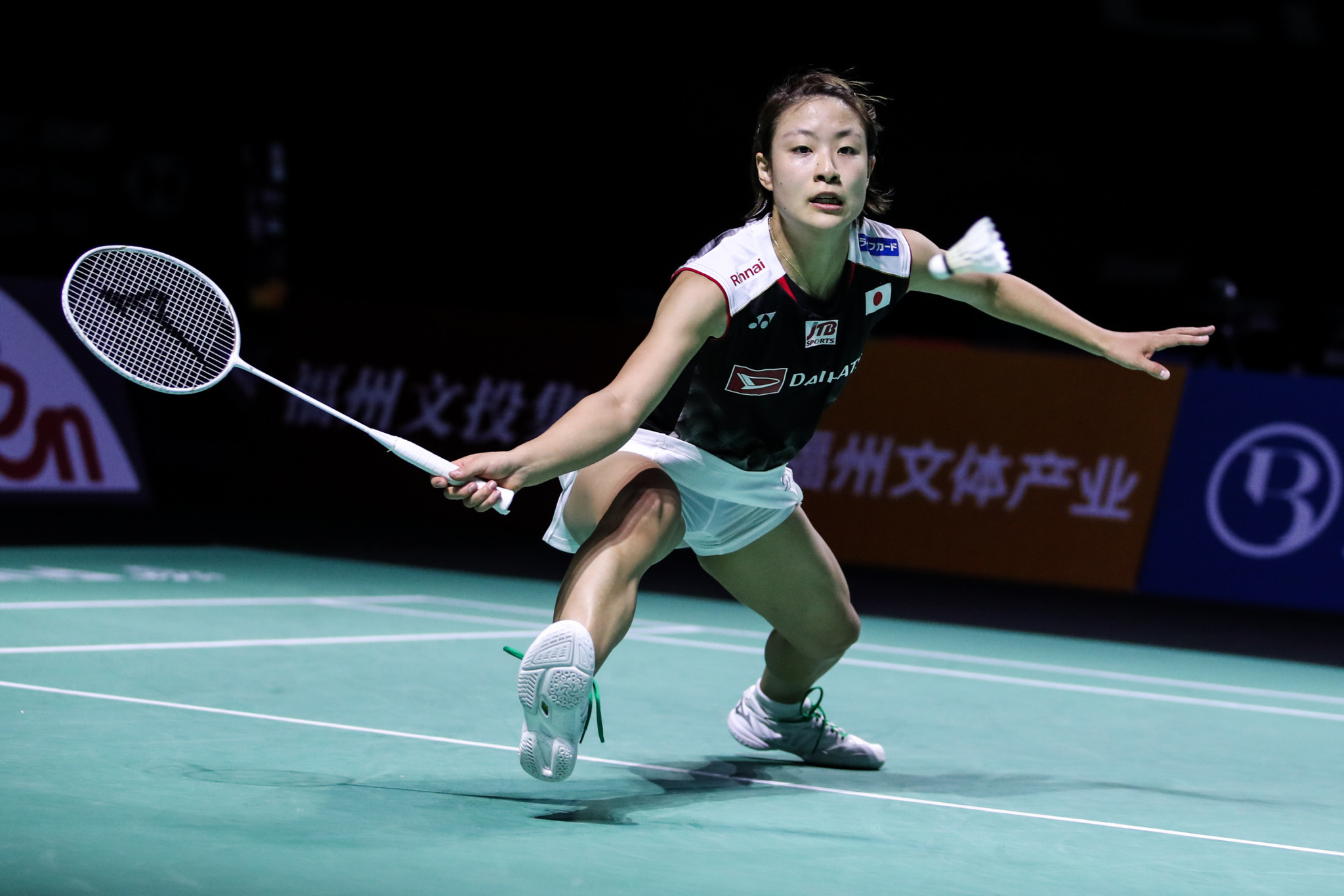 The Chinese Taipei star edged the opening game 21-19 in her match with Japan’s Nozomi Okuhara at the Haixia Olympic Sports Center.

The momentum swung in Okuhara’s favour in the second as she took the game 21-12 to force a decider.

Tai then withdrew from the contest with the score at 11-6 to Okuhara.

Chinese Taipei’s Chou Tien Chen ensured the final will be a meeting of the top two seeds after he recorded a 21-10, 21-12 win over Denmark’s Anders Antonsen.

Their opponents in the final will be their compatriots Wang Yi Lyu and Huang Dong Ping, who were 21-12, 21-16 winners over Japan’s Yuta Watanabe and Arisa Higashino.

The Indonesian pairing will face Japan’s Takeshi Kamura and Keigo Sonoda in the final after they beat Malaysia’s Aaron Chia and Soh Wooi Yik 21-13, 21-14.

All five finals will be held tomorrow.