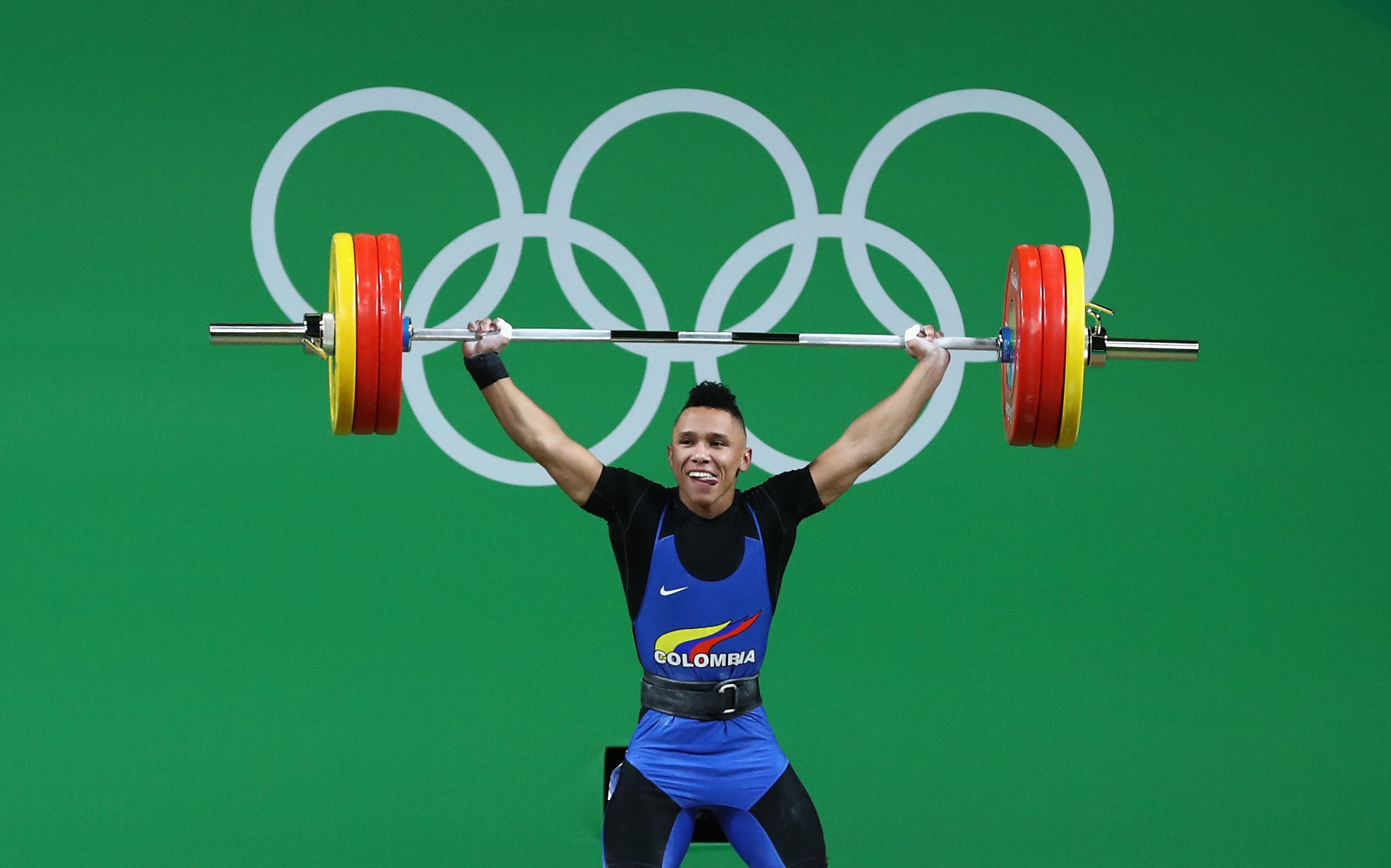 Those successes - and a silver behind China in the day’s other event - keep Colombia on course to qualify a full team off eight for Tokyo 2020.

On current rankings only China and the United States are likely to join them.

For China, fielding a maximum team at the Olympic Games is a given, but for Colombia it is yet another example of the nation’s ever-rising status in the sport.

Colombia has won more Olympic medals in weightlifting than in any other sport and all seven of them have been in the 21st century.

"We started from zero and now, in terms of results, we are the number one sport in Colombia,” said Colombian Weightlifting Federation President William Pena, while watching Francisco Mosquera win the men’s 61 kilograms event.

Weightlifting has a stronghold in nearly all the administrative regions of the country, and offers children free, top-quality coaching – and a way out of the barrios.

Its success, which has been most visible since Isabel Urrutia won Colombia’s first Olympic gold medal in any sport in 2000, is even attracting foreign lifters to training camps, the next of which is in Bogota next March.

"We have been doing that for two years,” said Pena, “and we have had visitors from Argentina, Ecuador and the US."

The pathway to success started long before the Olympic medals started rolling in, said Pena, who pinpoints the key moment as the appointment of an Armenian coach, Spartak Urrutinian, in 1969 during a multi-sport collaboration between Colombia and the Soviet Union.

Urrutinian laid the foundations for the future by setting up a programme of coaching the coaches, and unlike other sports weightlifting kept working hard, said Pena.

Coaches were brought in from Cuba and Bulgaria in the 1980s, and over time Colombia created its own training system with input and influence from the Soviet, Bulgarian and Cuban programmes.

As in China, Colombia takes youngsters from deprived backgrounds and moulds them into champions.

"There is a big celebration in the barrios when one of their own wins a medal,” said Pena.

When asked how many of Colombia’s team of eight in Tokyo would be from the barrios, he said: "All of them."

The most popular Colombian champion did not make it on to the platform on the opening day here.

Oscar Figueroa, a silver medallist at London 2012 and tearful champion at Rio 2016, could not compete because of a knee problem but at 36 he is still on course to qualify for his fifth Olympic Games in Tokyo.

Luis Mosquera, a bronze medallist in Rio, won the 67kg to make it two from two for Colombia in the men’s events, holding off the challenge of junior world champion Adkhamjon Ergashev of Uzbekistan.

Yenny Sinisterra, 19, who had finished second to Venezuela’s Genesis Rodriguez in the Pan American Games in Lima four months ago, gained revenge when she won the 55kg.

The only beaten Colombian on the day was Ana Segura, second to China’s Zhang Rong at 49kg.

For the United States Hayley Reichardt won a silver medal in the 49kg clean and jerk but her highly-ranked team-mate Alyssa Ritchey, who is well placed in Tokyo 2020 qualifying, failed to make the weight.