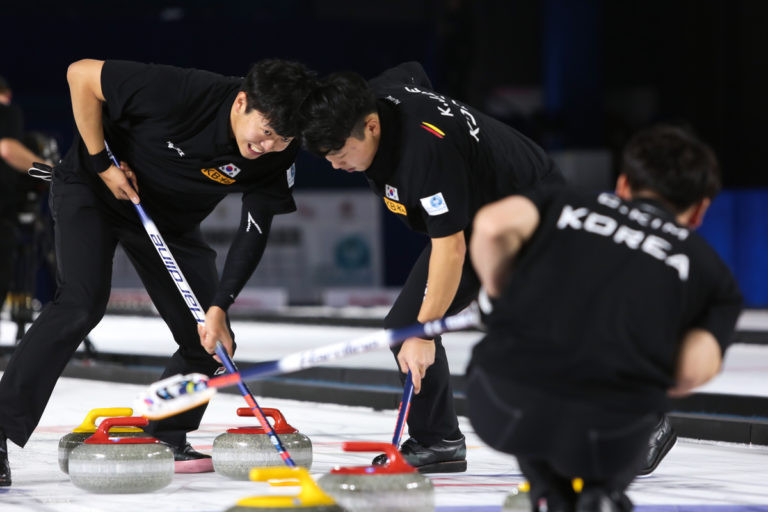 Kim Chang-min's rink recorded a comfortable 11-2 victory to dethrone the Japanese side at the Shenzhen Universiade Sports Center.

The triumph for the South Korean team earned them a spot at next year's World Men's Curling Championship in Glasgow.

It also saw Kim's squad regain a title they last won in 2017.

"We took two points in the third end and just felt we took control of the rest of the game,” said Kim.

"We’re happy with the win and to get the spot to go into the World Championship next year.

"Now, we’ll focus on the World Championship and do our best there."

China sealed the women's crown with a 10-3 win over Japan in another one-sided final.

The Chinese team, skipped by Yu Han, needed only eight ends to secure the title and become the first rink from the nation to take gold in the women's event at the Pacific-Asia Curling Championships since 2014.

China and Japan had both qualified for next year's World Women's Championship in Canada by virtue of reaching the final.

"It’s our first time at the Pacifics and this win has exceeded our expectation, so we’re really excited and happy to win the gold medal here," said Han.

"We just focused on our own shots and tried to keep the game simple for ourselves.

"Japan missed some key shots so we were able to take our chances."