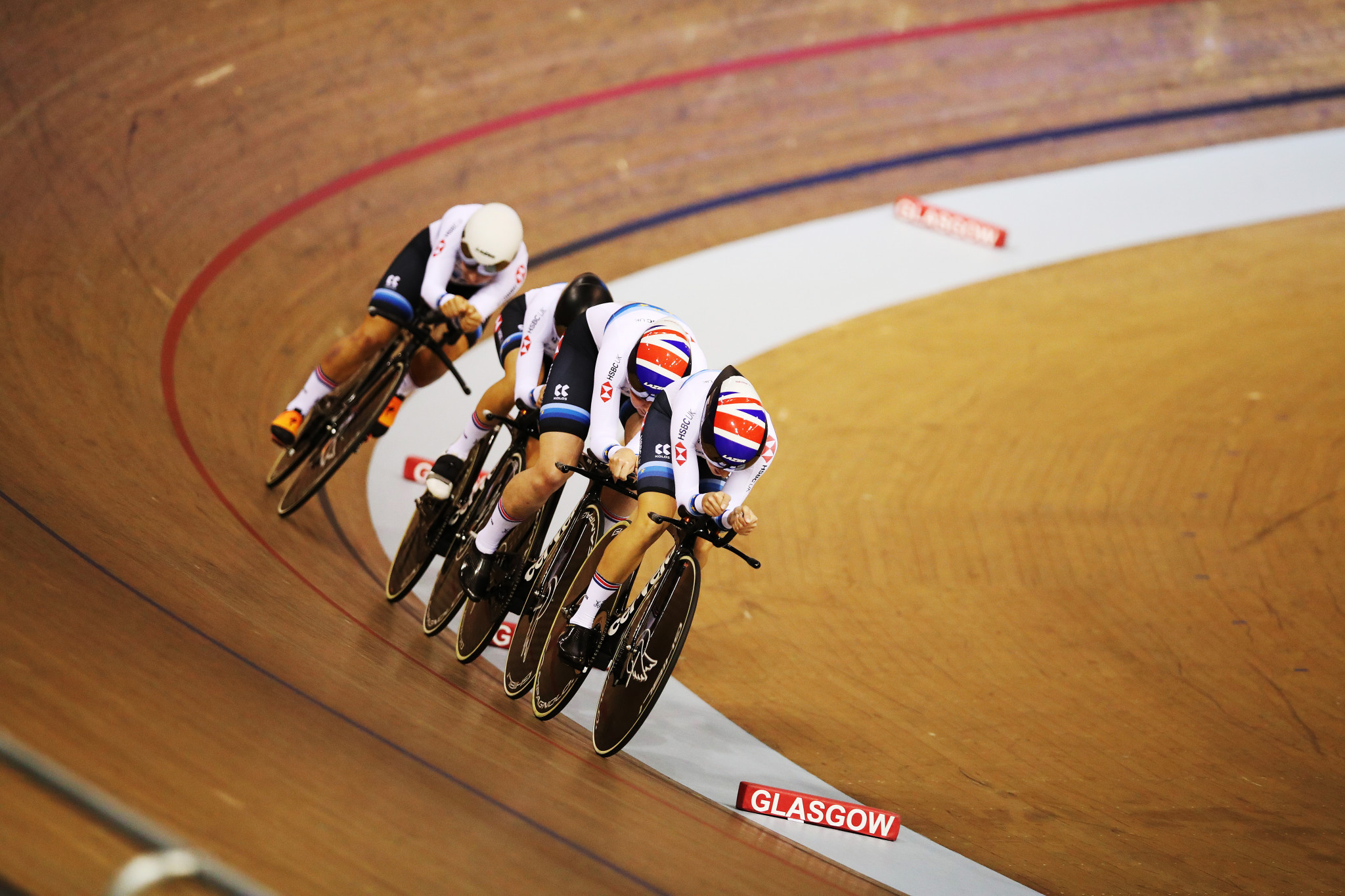 The British team posted the fastest time in qualification at the Sir Chris Hoy Velodrome before beating Belgium to qualify for the gold medal ride against Germany.

It marked Britain’s fastest time of the Olympic cycle to date.

Denmark emerged as the winners of the men’s competition as Lasse Norman Hansen, Julius Johansen, Frederik Rodenberg Madsen and Rasmus Pedersen clocked 3:49.246 in the final.

Italy were forced to settle for second in 3:49.920, while France beat Britain by three seconds in the bronze medal ride.

The Netherlands overcame the challenge of Britain in the men’s team sprint competition.

🥇 Gold for the World Champions, the Netherlands 🥇 After a thrillingly tight race. #TissotUCITrackWC

Their team of Jeffrey Hoogland, Harrie Lavreysen and Nils van Thoenderdaal produced a time of 42.163 to win the gold medal contest.

Britain’s Jack Carlin, Ryan Owens and Joe Truman ended behind their rivals in 43.515.

France defeated the Beat Cycling Club - a trade team - in the bronze medal contest by achieving a time of 42.813.

There was success for Russia in the women’s team sprint as Ekaterina Rogovaya and Daria Shmeleva combined to beat their Chinese opponents Zhong Tianshi and Zhuang Wei.

The final proved a close contest with the Russian team winning in 32.789.

China were just 0.003 behind in second, while Lea Friedrich and Pauline Grabosch, representing Team Erdgas.2012, won the bronze medal in 32.953.

Para-cycling competitions also featured at the World Cup, with Ross Wilson winning the men’s C1 individual pursuit in a time of 3:49.450.

Britain’s Megan Giglia clinched victory in the women’s C1-3 competition in 4:18.270, while her team-mate Crystal Lane-Wright achieved a winning time of 3:56.422 in the C5 event.