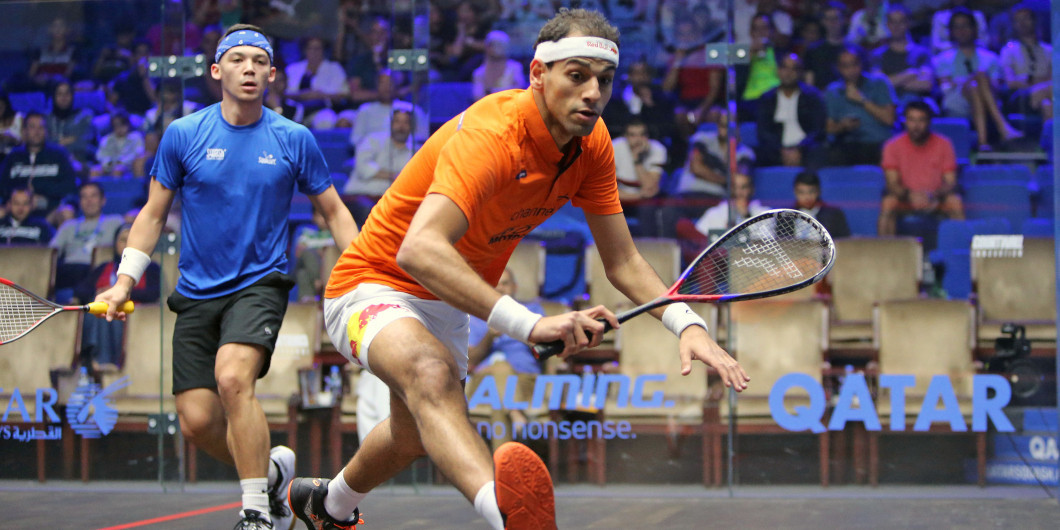 Fourteen of the 16 seeded players reached the second round of the Professional Squash Association (PSA) Men's World Championship as action began in Doha today.

Egypt's Mohamed ElShorbagy, the top seed, got his tournament under way with 3-0 victory over France's Victor Crouin at the Khalifa International Tennis and Squash Complex.

The 28-year-old has reached three finals so far this season at the China Open, the Netsuite Open and the US Open – winning the first two – and he opened his attempts to win a second World Championship title with a 11-8, 11-6, 11-7 triumph.

"I had Shanghai, San Fran and the US Open, so there were three tournaments in a row," ElShorbagy, who returned to action after sitting out last week's Egyptian Open, said.

"I felt towards the end of the US Open I was feeling a bit flat mentally and physically, and it was nice to get a break, refresh again, think about my game more and see what I needed to improve after those three events.

The only two seeded players to suffer elimination today were 15th-ranked Gregoire Marche of France and 16th-ranked Daryl Selby of England.

Al Tamimi, the world number 47, becomes the first Qatari player in history to reach the second round of the PSA Men’s World Championship.

He will play another Frenchman, Mathieu Castagnet, in the next round where he will be joined by compatriot Syed Azlan Amjad after the world number 159 advanced from his meeting with Spain’s Iker Pajares Bernabeu in bizarre circumstances.

Pajares Bernabeu was 2-1 up in games and 2-0 behind in the fourth when he went to hit the ball back to himself off the front wall but inadvertently struck Amjad, who then had to go off court due to sustaining an injury.

Amjad was unable to return to court to finish the match and was taken to hospital but, as it was an opponent-inflicted injury, the match was awarded to the Qatari player and he will go onto face 2015 World Championship runner-up Omar Mosaad of Egypt.

Action in Doha is due to continue tomorrow with the first eight ties in the last 32.