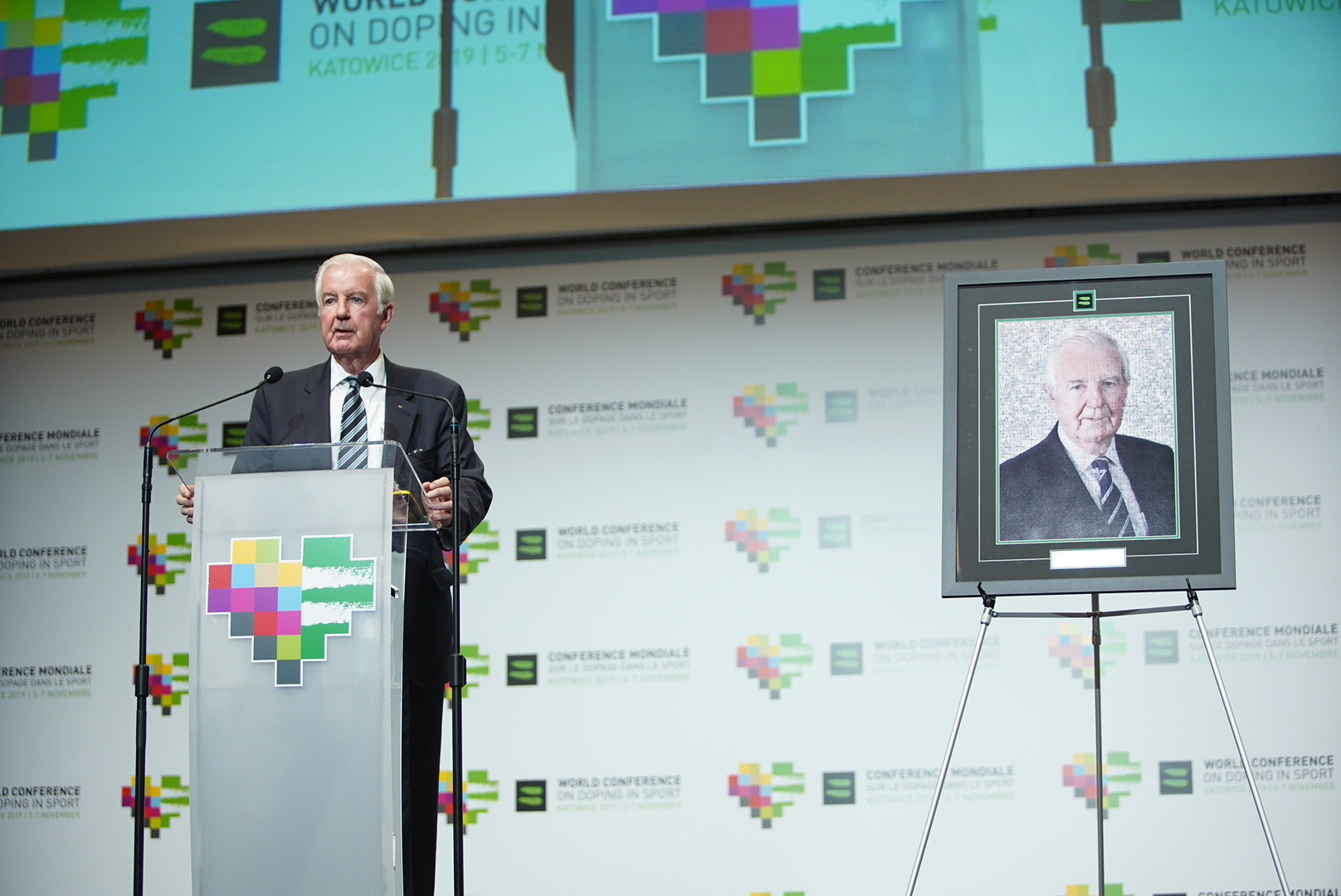 Sir Craig Reedie has left the World Anti-Doping Agency (WADA) in a stronger position than when he took over the founding President of the organisation, Richard Pound, claimed here today.

A special ceremony was held to mark the end of the Briton's five-year term at the end of the fifth World Conference on Doping in Sport as it was officially confirmed that Poland's Sports Minister Witold Bańka will replace Sir Craig as President on January 1.

Sir Craig's five-year spell as head of WADA will be remembered chiefly for having to deal with the Russian doping crisis.

The 78-year-old Scot has faced criticism that he has been too soft on Russia following the allegations they ran a state-sponsored doping crisis.

But Pound told delegates here today that under Sir Craig WADA was a much more robust organisation than when he took over in 2014 from Australia's John Fahey shortly before the revelations about Russia emerged.

"Sir Craig is someone who has given up his time and experience voluntarily over many years," the Canadian said.

"He has led WADA for six years and at the end of Craig’s tenure, WADA is a better organisation than it was when he took office.

"We have a stronger regulatory framework, a world-class intelligence and investigations operation, we are funding scientific research and development and we have a significantly increased budget.

"Craig should take satisfaction that he leaves a stronger WADA than he inherited and I think we should all thank him for that."

Among the tributes paid to Sir Craig were from the Princess Royal, his International Olympic Committee colleague, and Peter Dawson, President of the International Golf Federation.

"I have been involved with WADA since the start 20 years ago and I have seen it grow into the highly effective global anti-doping regulator that it is today," Sir Craig said.

"It has been my privilege to lead the Agency for the past six years through what have been challenging times.

"In that time, I have seen WADA grow and strengthen considerably.

"I wish Mr Bańka and Ms [Yang] Yang every success as they take over the reins.

"It is a telling sign that both the new President and vice-president are former elite athletes who no doubt will bring that perspective and voice forward."