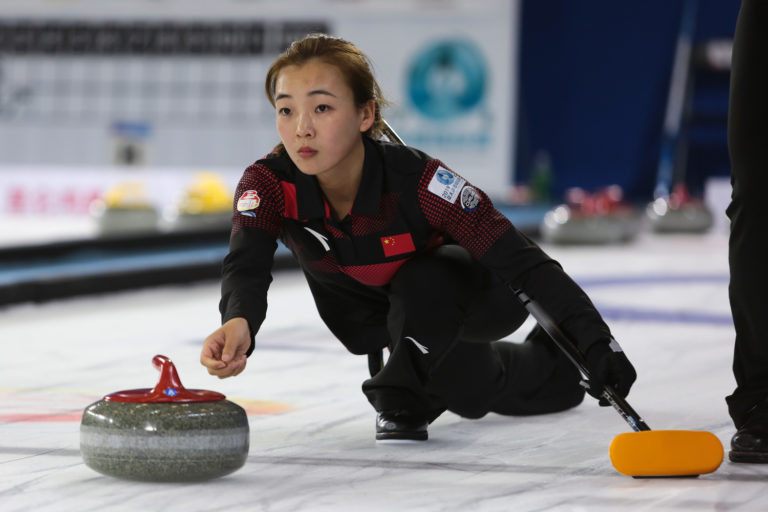 Hosts China, Japan and South Korea have all qualified for the women's semi-finals at the Pacific-Asia Curling Championships, after the sixth session of round-robin games in Shenzhen.

China secured their progress with a 17-2 win over Kazakhstan at the Shenzhen Universiade Sports Center.

On the way to victory, in the first end, the home nation opened the scoring with seven points, when skip Yu Han made a draw onto the edge of the eight-foot ring.

"There are some shots that we weren't able to make in the earlier games and we tried to practise and made some of them in this game," she said.

"We've been improving the execution as well as the accuracy of our draws, and we'll try to play some more challenging shots."

Japan advanced after beating Hong Kong 15-1, while South Korea did so after opening with a seven-point end en route to a 20-0 victory over Qatar.

All three qualified teams have a record of five wins and one loss.

There is one more session of round-robin games tomorrow morning, when the fourth-placed team will be determined.

Australia, Hong Kong and Kazakhstan are all behind them, with just two wins.

In the penultimate round-robin session in the evening, a 10-point victory for New Zealand against Hong Kong was enough to clinch the last playoff place having overcome Nigeria 18-3 earlier in the day,

The fourth end of the game saw New Zealand's skip Scott Becker play a hit wide to the 12-foot circle that secured his team two points and a 5-2 lead.

Then, in the seventh end, he made a draw, which was enough to score six points.

New Zealand led 14-3 at that stage before Hong Kong conceded after the eighth end at 14-4.

"It [the chance to compete in the playoffs] certainly gives us the confidence to play well and win," Becker said.

The focus for the men's teams in tomorrow's last round-robin session will be their final positions in the top four.

South Korea, 7-5 victors at the expense of Australia in their second match of the day, currently lead the way with a perfect eight wins out of eight.

China and Japan are tied for second place on seven wins after the latter beat the former 8-7, while New Zealand are third on five wins.

There were mixed fortunes for Qatar today, losing 10-3 to Australia before defeating Nigeria 14-3, and Chinese Taipei bounced back from their loss to Japan by overcoming Kazakhstan 7-5.

The women's and men's semi-final games will be played tomorrow night and on the morning and afternoon of Friday (November 8).