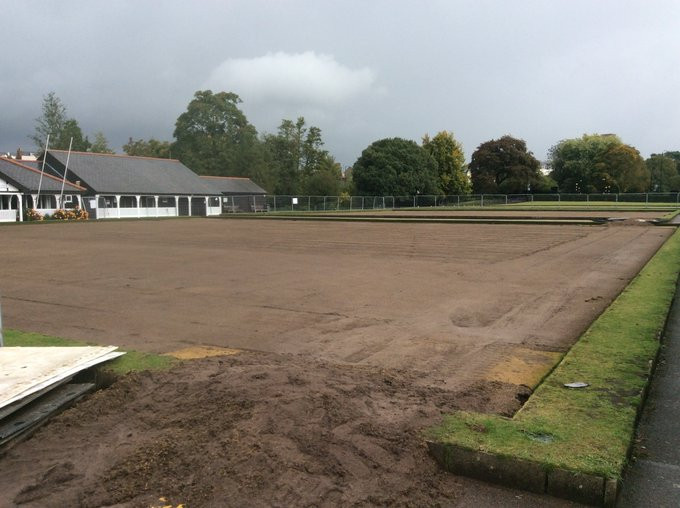 The first stage of improvements at Victoria Park Bowling Greens in Royal Leamington Spa, being carried out for the 2022 Commonwealth Games in Birmingham, have nearly been completed.

A specialist programme has involved the upgrading of two of the greens at Victoria Park, both of which have been laser-levelled with the turf then re-established from seed with the assistance of germination sheets.

The exceptional drainage of the greens has enabled the upgrading works to continue despite the extremely high rainfall this October.

The venue, 37 miles south of Birmingham, is the home of Bowls England and hosted the Women's World Championship in 1996 and 2004.

It was announced by Birmingham 2022 in August 2017 that it would host the lawn bowls and Para-bowls competitions.

"Being an official venue for the Birmingham 2022 Commonwealth Games has given us a wonderful opportunity to showcase our district to a worldwide audience," Warwick District Council's Portfolio Holder for Culture, Councillor Moira-Ann Grainger, said.

"However, with this comes the responsibility to ensure that the lawn bowls facilities are truly world-class.

"I am very pleased to report that this first stage of preparatory work to enhance the consistency of the greens' levels is nearing completion despite the challenges presented by the very wet autumn weather."

Upgrades to two more greens at Victoria Park are scheduled to take place next year.

Warwick District Council has been working closely with Bowls England and other venue stakeholders, including Royal Leamington Spa Bowling Club, to ensure minimal impact on their programmes.

This included the prestigious Bowls England National Championships attended by 30,000 people throughout August.

Boxer won a Commonwealth Games gold medal in the 1500 metres at Brisbane 1982 and a silver in Auckland in 1990.

"Victoria Park is going to be a great venue for the lawn bowls and Para bowls competitions at the Commonwealth Games and we’ve been working closely with Warwick District Council on making these improvements, to ensure that we have the best possible facilities for the world-class competitors who’ll be in Royal Leamington Spa in the summer of 2022," Birmingham 2022 chief executive Ian Reid said.

"However, these improvements won’t just benefit those people competing at Birmingham 2022, they’ll also benefit local people who use this venue week in and week out, plus all of the participants of the many national and international bowls events that are frequently held at Victoria Park."