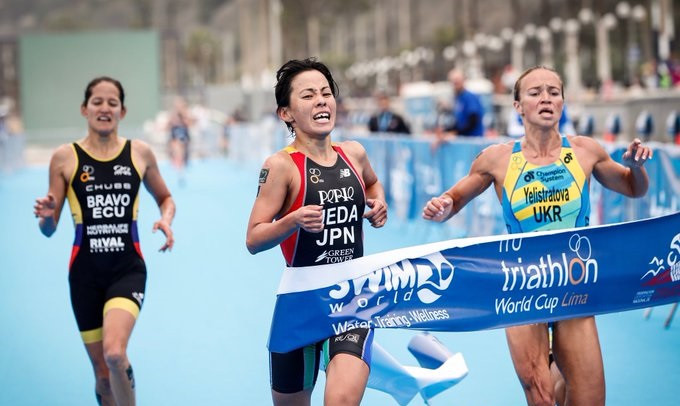 Her victory followed a gold medal at last week's World Cup event in front of a home crowd in Miyazaki, having also achieved a silver medal in Tongyeong last month.

Ueda's two nearest opponents were close behind, with Yuliya Yelistratova of Ukraine taking the silver medal and Elizabeth Bravo of Ecuador bronze in the photo finish.

First-ever world cup win for Manoel Messias (BRA) in #Limawc, with a strong finish almost in the blue carpet to leave Florin Salvisberg (SUI) and Felix Duchampt (ITU) right behind him in 2nd and 3rd place pic.twitter.com/Jp7vYlxa40

In the men's event, Manoel Messias of Brazil earned his first World Cup victory with a time of 52:30.

Messias had already enjoyed success on the same course, finishing with silver at the Pan American Games.

Today, he held off challenges from second-placed Florin Salvisberg of Switzerland and third-placed Felix Duchampt, currently in the process of switching flags from France to Romania.

The next stop in the ITU World Cup is due to be Santo Domingo next Sunday (November 10).