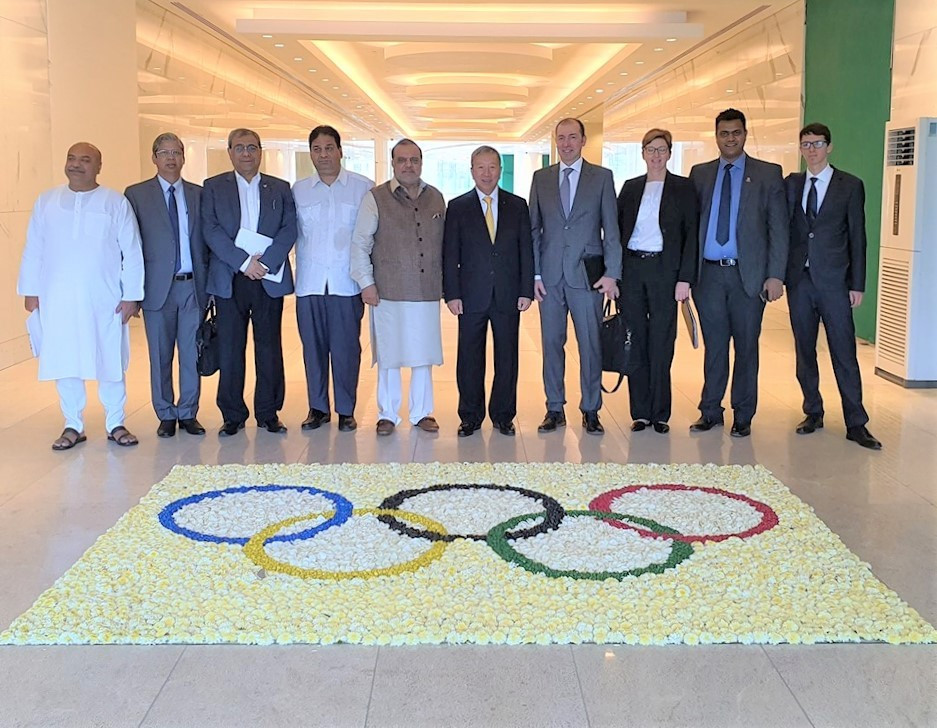 A delegation from the International Olympic Committee (IOC) has visited India to inspect the country's bid to host the 2023 IOC Session.

The IOC Evaluation Commission, chaired by Executive Board member Ng Ser Miang, met officials from the Indian Olympic Association (IOA) during the trip to Mumbai.

India submitted its bid to stage the 2023 IOC Session during the last gathering of the body in Lausanne in June.

Batra, made an IOC member at the Session in the Olympic capital, and Ambani presented Mumbai's formal bid to IOC President Thomas Bach.

India has only hosted the IOC Session once, in 1983 in New Delhi, and the nation is currently the only candidate for the 2023 gathering of the membership.

India is also in the running to host the 2032 Olympic and Paralympic Games.

"The 2022-2023 period happens to be the 75th year of Indian Independence and what better way for Indian sports to celebrate the occasion by having the entire Olympic family and community in India," Batra said when submitting India's candidacy.

Under the previous process, the IOC would have elected the host city of the 2030 Winter Olympic Games at the 2023 IOC Session.

But the seven-year timeline was scrapped under widespread changes to the bidding process, endorsed by the Session in June, meaning it is likely the 2030 Games will be awarded earlier than 2023.

The next IOC Session is due to be held on January 10 and 11 during the Winter Youth Olympic Games in Lausanne.

Athens is scheduled to stage the Session in 2021.