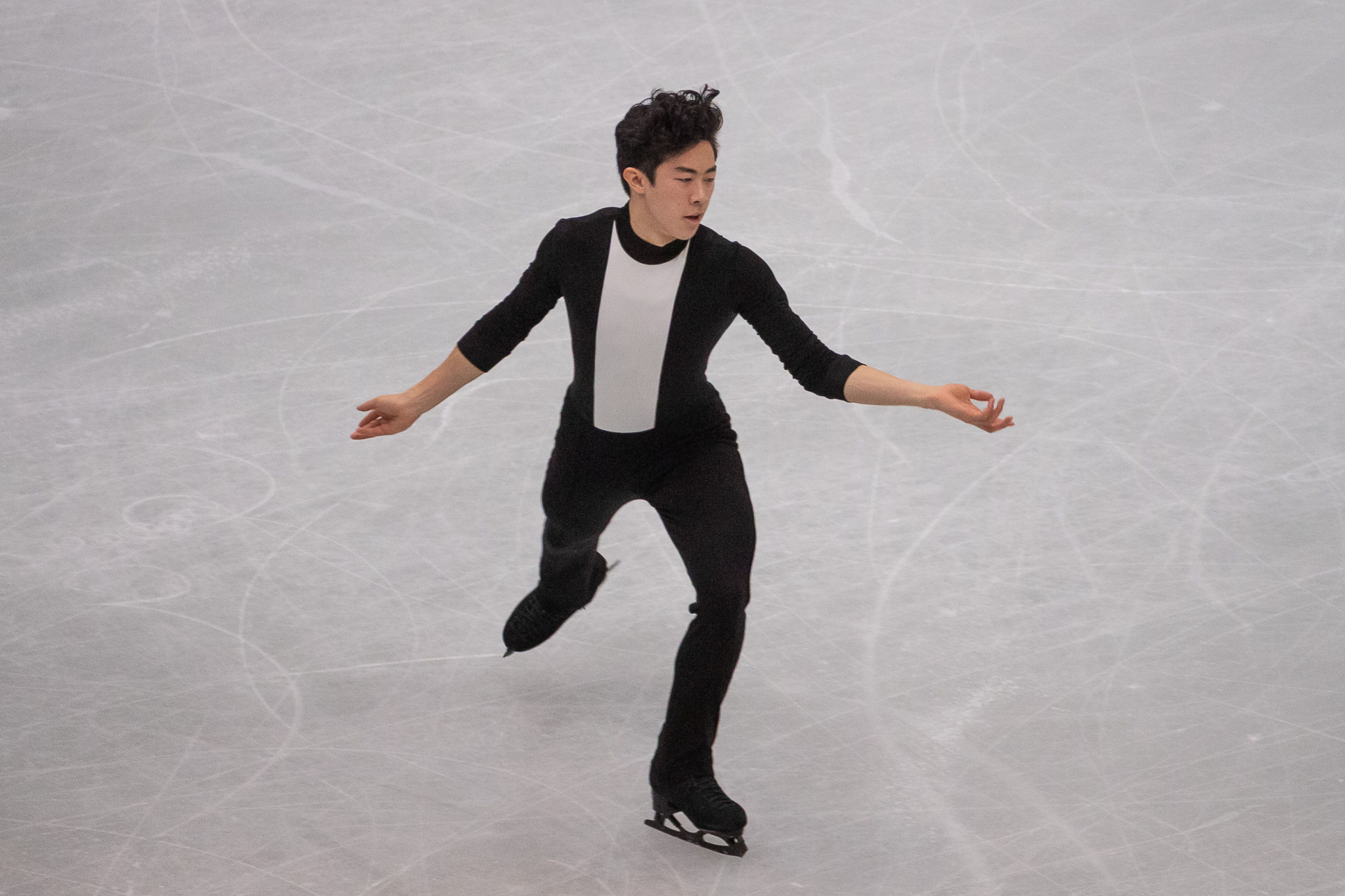 The two-time world champion scored a total of 297.16 points at Patinoire Polesud in Grenoble to continue his impressive winning streak.

His nearest opponent was Alexander Samarin of Russia on 265.10, while Kevin Aymoz of France claimed his first Grand Prix medal with bronze on 254.64.

It was a disappointing day for Olympic champion Alina Zagitova, who finished second in the women's competition on 216.06 points.

Fellow Russian Alena Kostornaia was the victor with 236.00, while Mariah Bell of the United States was the bronze medallist on 212.89.

More Russian success came in the pairs event when Daria Pavliuchenko and Denis Khodykin topped the podium with 76.59.

In second were compatriots Anastasia Mishina and Aleksandr Galliamov on 73.77, while Haven Denney and Brandon Frazier of the US were third with 68.65.

The French pair scored 222.24, followed by Madison Chock and Evan Bates of the United States on 204.84, and Charlene Guignard and Marco Fabbri of Italy on 203.34.

The next stop on the ISU Grand Prix is in Chongqing from November 8 to 10.