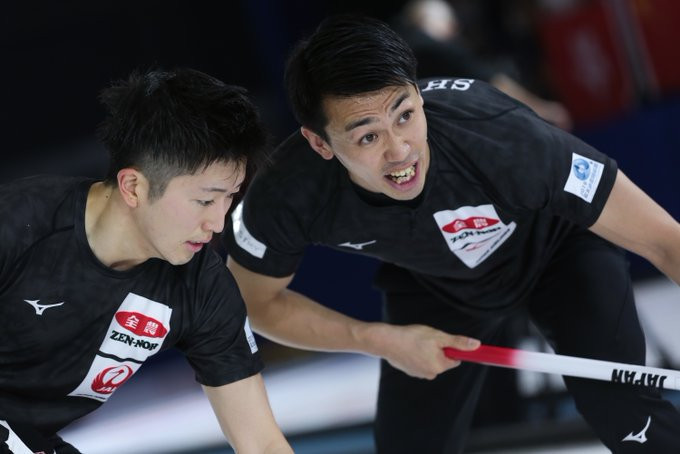 Defending champions Japan and hosts China claimed victory in their opening matches in the men's tournament at the Pacific-Asia Curling Championships in Shenzhen.

Japan, skipped by Yuta Matsumura, beat Australia 8-5 to get their campaign off to a winning start at Shenzhen Universiade Sports Center.

The Japanese rink were 5-2 ahead at the halfway stage before Australia reduced the deficit to 5-4.

Matsumura scored two points and then stole one in the next two ends to guide his side to victory.

"Australia put a lot of stones up in front, making it tougher."

As cool as you like 😎 Japan draws to the four foot against two Korean counters! 🇯🇵🥌🇰🇷#PACC2019 #curling pic.twitter.com/BZCepQb9tg

China were in good scoring form as they beat New Zealand 10-4.

Nigeria's debut at the Pacific-Asia Curling Championships ended in defeat as the first African team to compete at the event lost 13-6 to Kazakhstan.

In the women's event, China eased to a 12-4 victory over Hong Kong.

Defending champions South Korea, fielding an entirely different rink to the one which clinched the title last year, were on the wrong side of a 6-5 scoreline in their clash with Japan.

Chinese Taipei edged out Kazakhstan 12-11 and Australia hammered Qatar 12-3 in the other two matches played today.