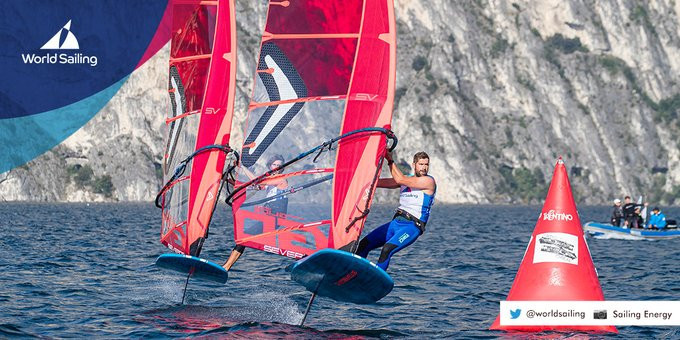 World Sailing's ruling Council has approved Starboard iFoil as the equipment for the windsurfing events at the 2024 Olympic Games in Paris.

The decision, made during the Annual Conference, was widely expected after the Equipment Committee recommended to the Council that it be used at the Games in the French capital.

It will now be ratified by the Annual General Meeting on Sunday (November 3).

It will replace the RS:X, the windsurfing equipment at the Olympic Games since Beijing 2008.

Confirmation of the iFoil as the equipment for the windsurfing events at Paris 2024 brings an end to a testing process for World Sailing.

World Sailing's Board had recommended retaining the RS:X at a meeting earlier this year, but the Council disagreed and instead ordered trials to be conducted.

The first day of Council has started.

World Sailing and Virtual Regatta will continue to work to deliver the eSailing World Championship on an annual basis, following the first two editions of the event.

Today's Council meeting was opened by World Sailing President Kim Andersen, who claimed the members have a "genuine opportunity to shape the future" by approving governance reforms at its AGM.

One body will be dedicated to the Olympics, while the other will deal with participation and development.

"The reform is about leading and managing according to a strategy approved by member national associations (MNAs) with a clear direction, momentum, and last but not least, clear goals," Andersen said.

"The new governance structure is about the inclusion and engagement of all MNAs around the world, making them part of World Sailing's deciding bodies.

"It is about developing our sport globally, and not just focusing on the Olympics.

"As your President and as a lifelong sailor, I urge you to embrace this proposal and support it, in order to make us more transparent, inclusive and accountable as a world governing body."