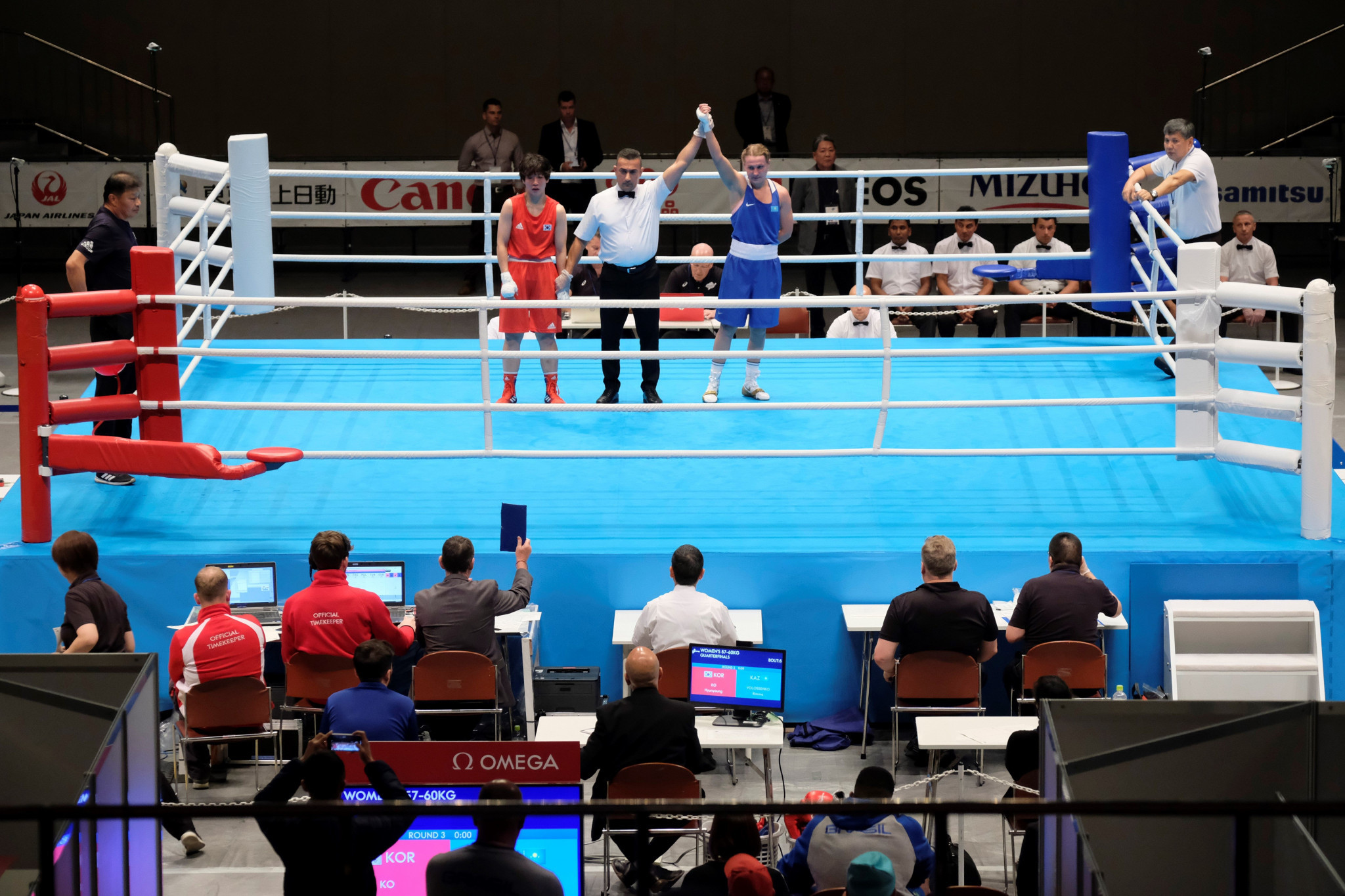 The second day of competition saw the launch of a new monitoring system for judges introduced by the International Olympic Committee's (IOC) Boxing Taskforce.

The system is aimed at ensuring judges' scoring is consistent and can build confidence of athletes, coaches and spectators.

An assessment of the system will take place after the test event at the Ryōgoku Kokugikan venue, with action due to conclude here tomorrow.

Hosts Japan will have representation in finals, with Moriwaki progressing from his men's 75 kilograms semi-final.

He earned a unanimous points victory over India's Vahlimpuia.

Zareen had come to the competition at the centre of a selection row regarding India's squad for next year's Asian Olympic qualifier.

Zareen has written to Indian Sports Minister Kiren Rijiju to demand a trial bout against Mary Kom after the six-time world champion was selected ahead of her for the qualification tournament in China.

Former world bronze-winner @shivathapa and #AsianGames 2019 medallist #PoojaRani make it to the FINAL showdown in the #ReadySteadyTokyo Boxing Test Event in #Tokyo.

The Boxing Federation of India (BFI) promised it would grant Kom an automatic spot in the flyweight division at the qualification event - a decision which appears to go against the BFI's own criteria.

The national governing body had claimed it would only hand direct places at the qualifier to Indian boxers who won a gold or silver medal at this year's World Championships.

Kom could only manage bronze at the Women's World Boxing Championships in Ulan-Ude in Russia, prompting Zareen to complain to the Sports Ministry.

While Zareen was unable to win her semi-final bout, there was success for two other Indian boxers.

Shiva Thapa advanced to his final, courtesy of a hard fought bout with Japan's Daisuke Narimatsu.

Thapa was awarded victory by a split decision verdict.

The boxing tournament at Tokyo 2020 is being organised by a taskforce set up by the IOC, which is also overseeing the five qualification events.