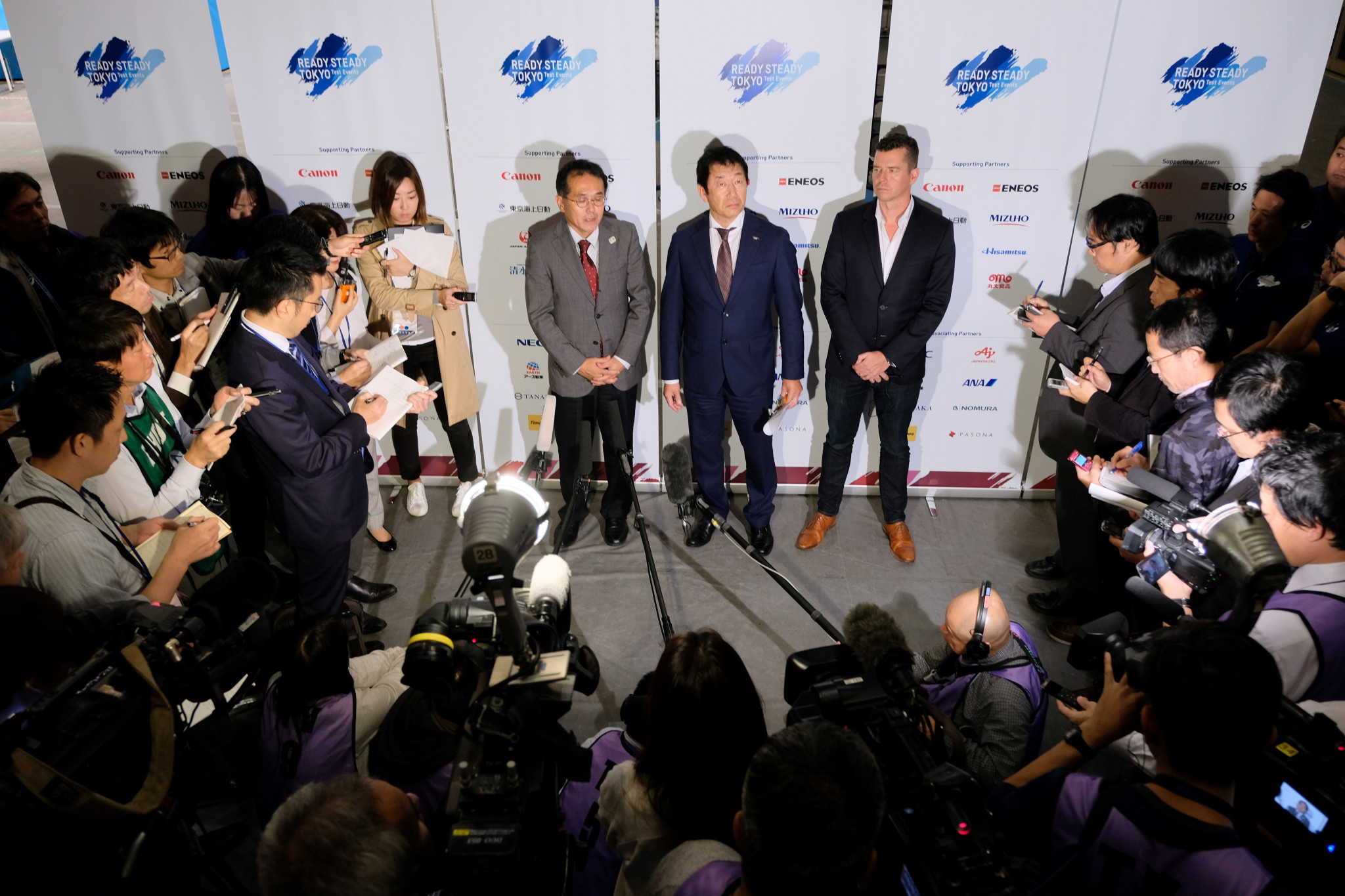 A monitoring system for judges will be trialed during this week’s Tokyo 2020 boxing test event in a bid to help restore the confidence of boxers and coaches prior to next year’s Olympic Games.

The taskforce was placed in charge of preparations following the IOC’s decision to suspend the International Boxing Association (AIBA).

It followed concerns over AIBA's governance, refereeing and judging and financial situation, with the IOC claiming the crisis presented "serious legal, financial and reputational risks to the IOC and the Olympic Movement".

The taskforce is overseeing the three-day Tokyo 2020 test event, which began today, along with the five qualification events and the Olympic tournament itself.

Watanabe revealed a new system for monitoring judges scoring will be tested over the next two days here.

The system will see judges’ scores updated in real time, enabling officials to see what the judge is reacting to during each bout.

This will be supported by broadcast footage and four cameras, located in the corners of the boxing ring.

It has been claimed the system may also be used to further the education of judges, while officials could be removed should their performances prove unsatisfactory.

The IOC hope the system will help to ensure consistency in judging throughout the duration of the boxing competitions, with the aim of restoring the confidence of athletes and coaches.

The Rio 2016 boxing tournament was marred by a series of controversial decisions, with claims made earlier this year that bouts had been "manipulated".

All 36 referees and judges used at the Games were sidelined during an investigation by AIBA.

Watanabe believes the system could help regain trust, with the Japanese official adding the taskforce were considering whether to have the live scoring screen visible to spectators.

"The sport is not well trusted, so we need to recover the confidence of athletes and teams," Watanabe said.

"We need to work together to reorganise and regain trust.

"We need to think about what needs testing and try new things.

"We need high quality judges and we need to educate them further.

"We will monitor them during the test event, where we can verify their scores through the system.

"Judges will be under more pressure to perform and should they not be educated enough, we can remove them."

The judges and officials selected for Tokyo 2020 is expected to be announced next month.

PricewaterhouseCoopers (PwC) will build on their role at the the 2018 Summer Youth Olympic Games in Buenos Aires, where they independently reviewed the process for selecting and evaluating boxing referees and judges.

Watanabe said a challenge system for athletes would not be used at the test event, but remained a possible topic of discussion for the taskforce.

AIBA, who have no involvement in Olympic preparations, introduced a protest system for their recent men’s and women’s World Championship events in Russia.

The protest system received criticism from some athletes after several controversial decisions.

Five regional Olympic qualification events are due to run from February to April, with boxers who have failed to seal a place at Tokyo 2020 having one last chance at the final qualifier in Paris from May 13 to 24.

The Tokyo 2020 test event has been aimed at examining the field of play and equipment at the Ryōgoku Kokugikan venue.

The venue is famed for sumo wrestling and was among the places visited by United States’ President Donald Trump earlier this year during a state visit to Japan.

IOC sport director Kit McConnell offered a positive assessment of the venue, while he thanked Tokyo 2020 for their planning and support during the uncertainty surrounding boxing’s place on the Games programme.

"The venue is an absolutely incredible opportunity, particularly for boxing," he said.

"You can feel that this venue is more than just a sports arena, but is a celebration of sport and Japanese culture.

"We feel it is a very special venue and we believe boxers will too at Tokyo 2020."