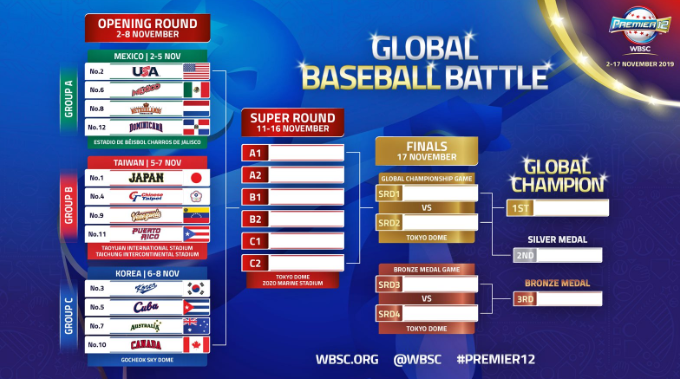 There are just four days to go until the event begins, with the flagship WBSC Premier12 awarding two tickets to the Tokyo 2020 Olympic Games, in addition to $5.2 million (£4 million/€4.7 million) in prize money.

The top 12 countries from the WBSC baseball world rankings will compete for the first time ever, with 38 global games across Japan, Mexico, Taiwan and South Korea from November 2 to 17.

The opening sequence was directed by the WBSC Media and Marketing Departments, and produced by WORKS Ltd, the Leeds-based branding experts who have worked on many global events, including the FIFA World Cup.

Seoul (KOR), Taichung (TPE) and Guadalajara (MEX), will host opening round matches, with Super Round and medal games taking place in Chiba and Tokyo (JPN).

The Netherlands and USA will officially open the 2019 WBSC Premier12 on November 2 in Guadalajara.