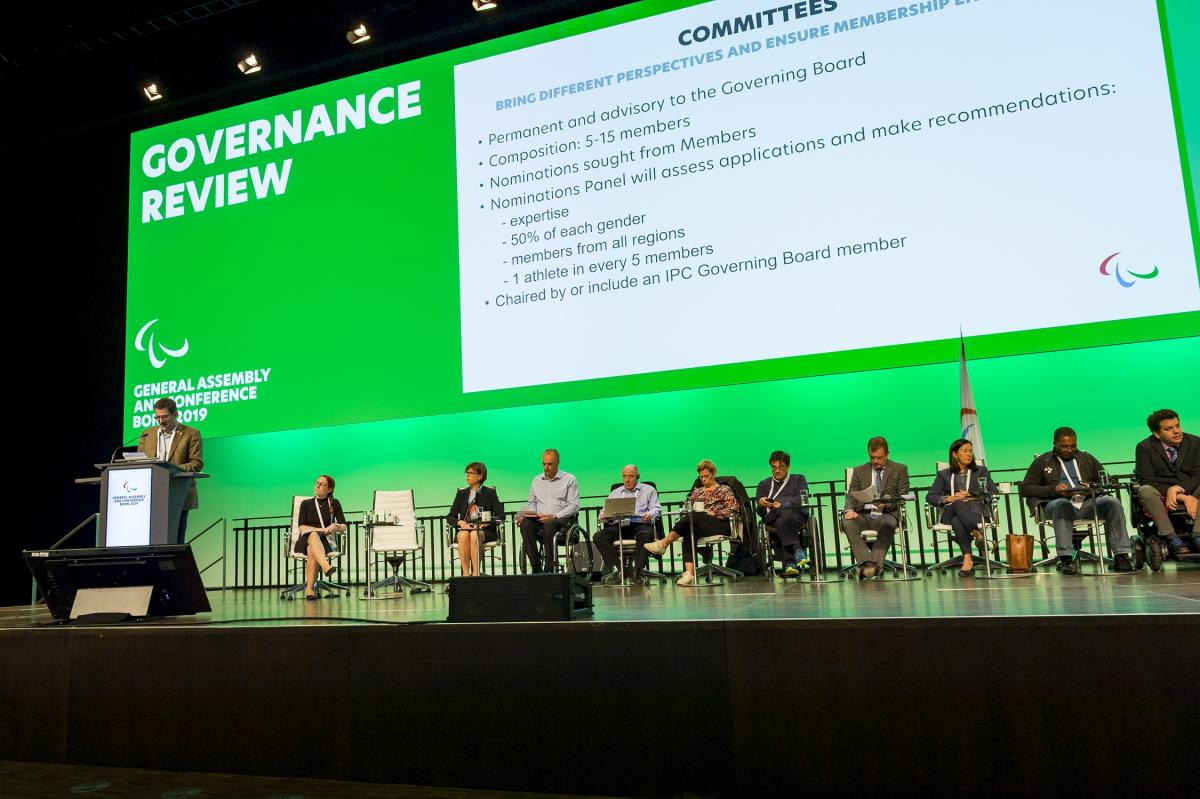 The International Paralympic Committee (IPC) is set to stop acting as the International Federation for 10 sports following proposals made by its Governance Review Working Group.

The group has suggested the 10 sports either join an able-bodied International Federations, establish its own standalone governing body - similar to those for wheelchair basketball and rugby - or become part of another organisation, such as a multi-sport entity.

A World Para Sports Unit will be established to manage the exit process for the 10 sports.

The panel revealed the WPSU would have the responsibility for "the sport’s leaving plan, including strategy, operational plans, budgets, competition calendar and qualification".

The IPC has forecasted the five summer sports will leave by 2028 and the winter disciplines by 2030, although the body has stressed this is not a strict target or deadline.

In the governance review document presented to the General Assembly in Bonn, the working group outlined its concerns with the IPC acting as the governing body for the sports.

It claimed the IPC governing the 10 sports "has created perceptions of conflict of interest, disparity in the application of resources, a sense of unfairness between the IPC sports and those which are not and confusion about the IPC’s role".

Ceding control of the sports was among several proposals made by the working group, which also recommended adding two members to the ruling Governing Board.

The body would grow to 15 from its current composition of 13 if the change is approved.

It would feature IPC President Andrew Parsons, nine members elected at the General Assembly, four appointed officials based on a recommendation from the Governing Board and an athlete representative.

The IPC is also set to make athlete representation a condition of membership of the organisation.

"This may include, but is not limited to, having an athlete committee, athlete seats on the top decision-making body such as the Board or Executive, athletes on committees, holding athletes’ forums or designated athlete engagement positions," the document stated.

"A transition period of 12 months or longer, as decided by the IPC Governing Board, is proposed to enable members to fulfil this condition."

The IPC is hoping to stage an Extraordinary General Assembly in December 2020 to approve the proposals made following what the worldwide body claims is the most extensive governance review it has ever undertaken.

"These proposals are the result of 18 months’ worth of consultation and dialogue with IPC members, athletes and key stakeholders, as well as development work by the IPC governance review working group," said Parsons.

"The proposal document is by no means a finished article, but it does aim to make the IPC more membership focused and athlete-centred."

The full proposal can be read here.