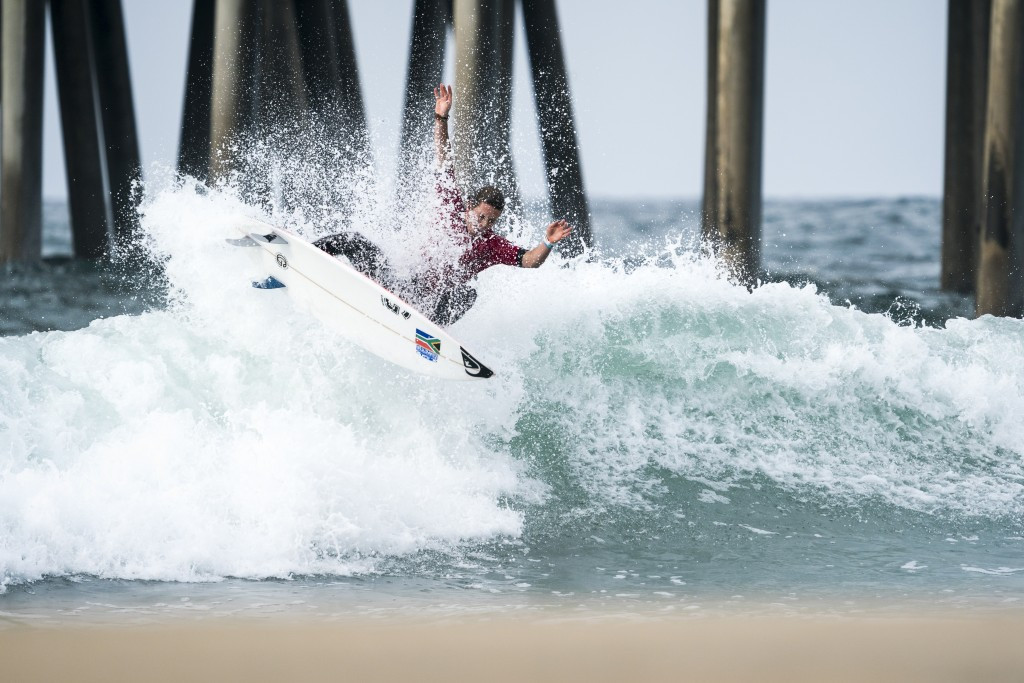 South Africa's Luke Thompson recorded the highest heat score across all divisions on the opening day of the World Junior Surfing Championships at Huntington Beach in California.

Hawaii’s Gabriela Bryan made a strong start to her bid for gold in the girls' under-18 event as she produced the best heat score of 14.16 points.

Spain’s duo of Iker Amatriain and Yago Dominguez were the standout performers in the boys' under-18 competition, earning 13.70 and 13.27 points, respectively.

Janire González was among the other Spanish surfers to impress as she topped the girls' under-16 standings on 8.77 points.

Caitlin Simmers of the United States, the defending world champion in Gonzalez's division, is due to make her entrance at the event tomorrow.

Japan’s Keanu Kamiyama and Joh Azuchi, Alyssa Spencer of the US and Germany’s Rachel Presti - who have all won gold medals at the World Junior Championships - also advanced into the second round of the main event.

Competition is scheduled to continue tomorrow with the next set of heats.