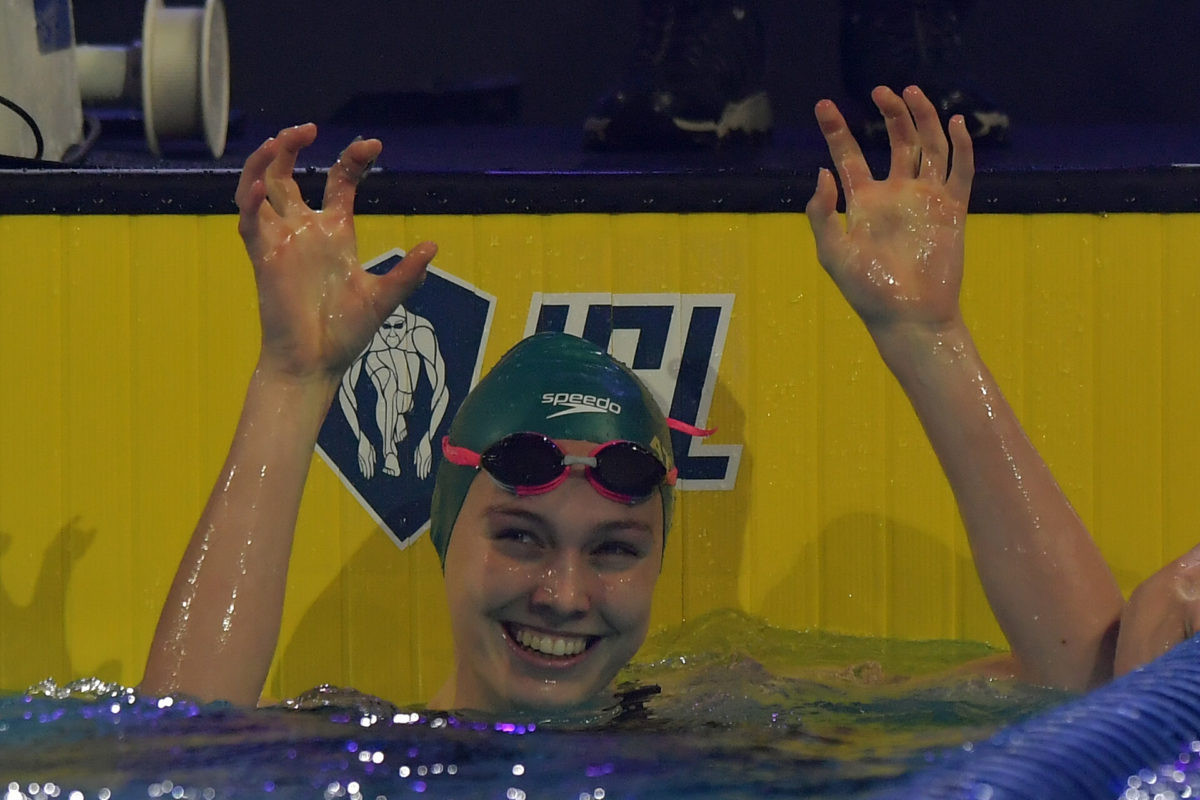 The Australian won the race in 54.89sec at the Duna Aréna in the Hungarian capital.

The 19-year-old beat the time of 55.03 set by Katinka Hosszú in 2014, having just missed the mark in the women's medley relay earlier in the day.

"I am really happy with that, especially since I just missed it in the relay," Atherton said.

"It will be exciting to see what is coming up in the future."

The United States' Amy Bilquist of LA Current was second in 56.64 and another American, Alexandra Deloof, of NY Breakers finished third in 57.51.

It's an unforgettable moment as @MinnaAtherton sets the first World Record in ISL history, clocking an astonishing 54.89 in the 100m backstroke to become the first woman to go under 55 seconds!

They finished the first day of action with a 39-point lead, before claiming 10 out of 18 events today to ultimately win with 505 points.

Iron were their closest opponents with 425.

Iron’s Hungarian superstar Katinka Hosszú was named the most valuable player of the leg, claiming 47 points after winning the the 200m and 400m individual medley, in addition to the 200m butterfly.

The ISL is due to continue on November 16 and 17 in Maryland, with Cali Condors and DC Trident joining LA Current and NY Breakers at that event.