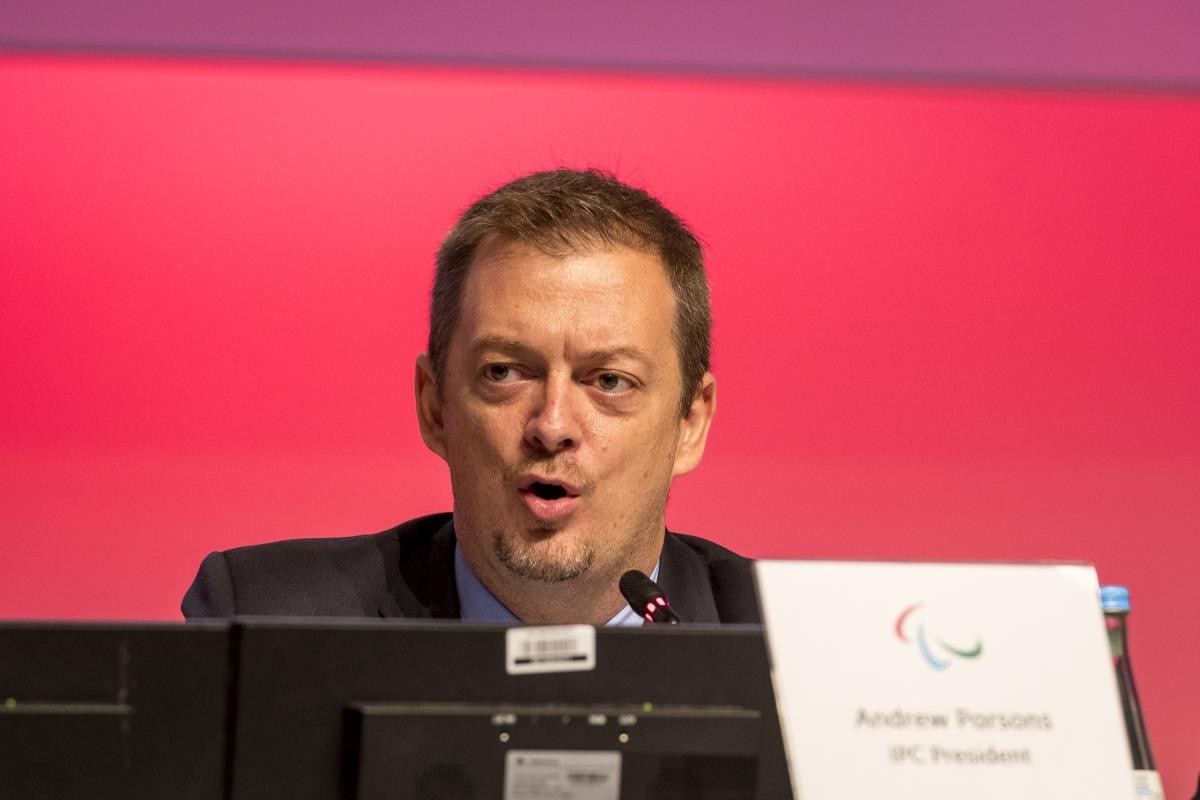 Speaking at the IPC General Assembly in Bonn, Parsons said the IPC's relations with the IOC had "probably gone from a low point in our history together, to our high" during his tenure as President.

The Brazilian was elected to replace Sir Philip, awarded lifetime membership of the body at today's General Assembly, in September 2017 and became an IOC member in October 2018.

The IPC signed a long-term agreement with the IOC under Sir Philip in 2016, but the two organisations clashed because of the Russian doping scandal.

The IPC banned all Russian athletes from the 2016 Paralympic Games in Rio de Janeiro, which contrasted heavily to the path chosen by the IOC.

Instead of initiating a blanket ban on Russia from Rio 2016, the IOC left it to International Federations to decide on the extent of the country's participation and more than 280 athletes from the nation competed.

Sir Philip, a member of the IOC before he was swiftly removed from his position after stepping down from the IPC, was later forced to apologise to IOC President Thomas Bach after he was caught criticising the German in a prank phone call.

Parsons told delegates at the General Assembly that repairing the relationship between IPC and the IOC, who signed a renewed agreement in March 2018, was his main priority when he took over as President.

"Over the last two years, we have probably gone from a low point in our history together, to our high," Parsons, an IPC vice-president for four years under Sir Philip, said.

"The relationship is now extremely strong and that is underlined with a record number of Paralympic representatives on IOC Commissions and the two management teams respectively working much closer together."

Parsons revealed his next priority would be classification, an issue which often divides those within the Paralympic Movement.

"As a Board, we know more can be done to further develop classification," he added.

"We cannot continue what we’ve been doing for the last 20 years as the Movement has grown and moved on a lot.

"We are committed to change."