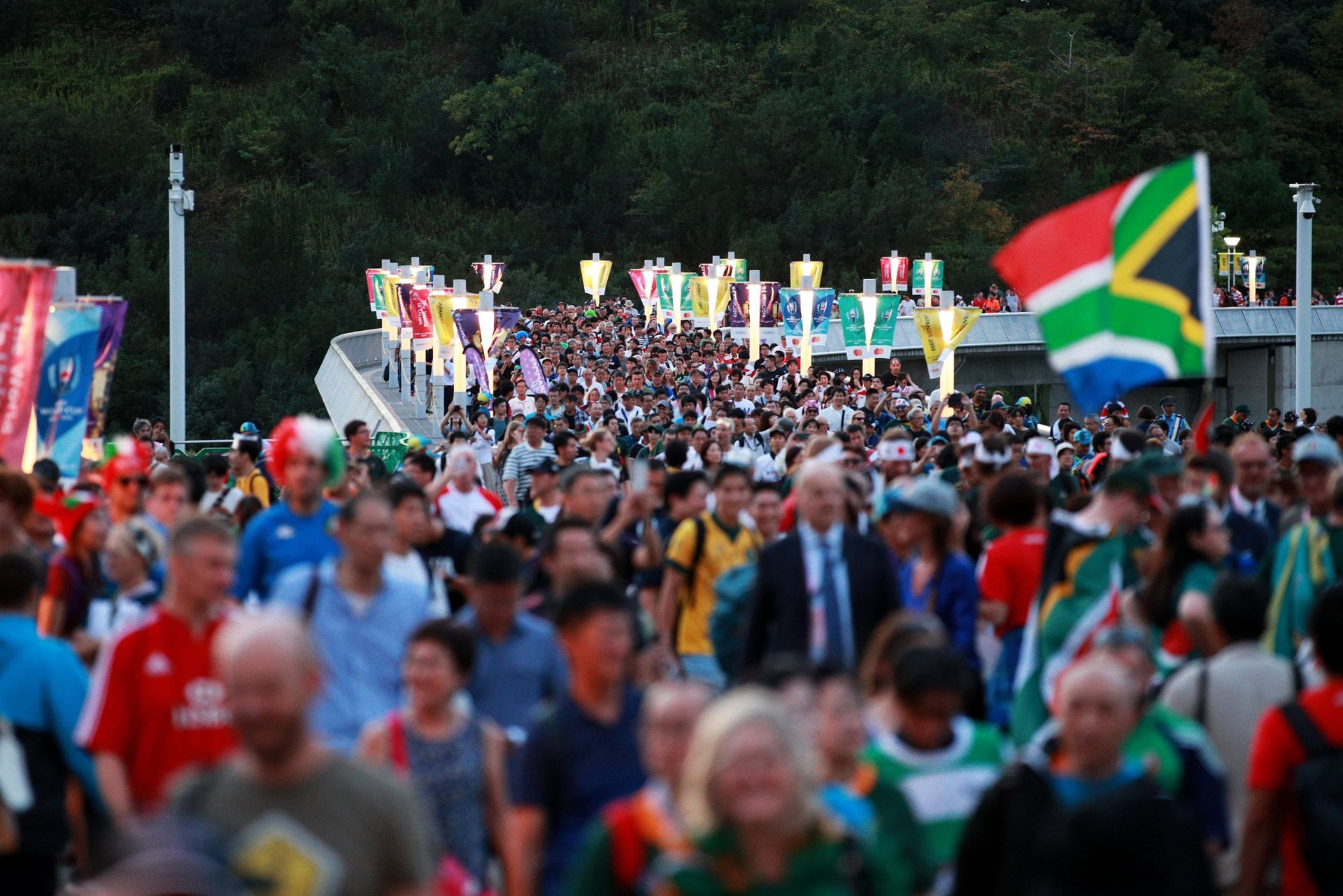 More than one million spectators have attended fanzones at this year's Rugby World Cup in Japan, according to World Rugby.

The worldwide governing body said 1,024,000 people have visited the 16 fanzones across the country, a record for a Rugby World Cup.

The figure surpasses the one million from the 2015 Rugby World Cup in England.

It is expected to rise as it does not take into account today's semi-final between South Africa and Wales, the third-place play-off and the final.

World Rugby claim the record would have been broken at the quarter-final stage if Typhoon Hagibis had not struck the tournament.

"With a variety of fun activities, partner activations and live screening of all the matches, the Rugby World Cup 2019 fanzones have become one of the major attractions of a special tournament," World Rugby chairman Sir Bill Beaumont said.

"They are much more than a destination to watch matches, they are bringing together domestic and international fans in celebration of rugby, Japan and friendship.”

Akira Shimazu, chief executive of the Organising Committee, said the fanzones had been a "wonderful part" of the tournament.

"Our Rugby World Cup 2019 fanzones have introduced to Japan a whole new culture of coming together to watch and enjoy sport in an exciting, festival-like atmosphere," said Shimazu.

"For many Japanese, visiting fanzones gave them their first experience of rugby and a taste of the unique and special atmosphere of a Rugby World Cup."