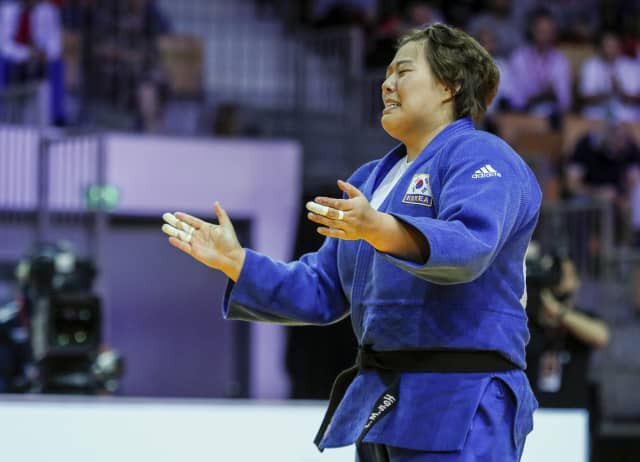 Han, who claimed gold at the Naples 2019 Summer Universiade in July, defeated Anne Fatoumata Mbairo of France in the women's over-78 kilogram final.

She won with a uchi-mata after just 70 seconds to top the podium.

Cho then triumphed in the men's under-100kg division.

He got past Zelym Kotsoiev of Azerbaijan in golden time, with European Games champion Arman Adamian of Russia and Shady Elnahas of Canada the bronze medallists.

The success of Han and Cho saw South Korea top the medal table with three gold medals, one silver and bronze.