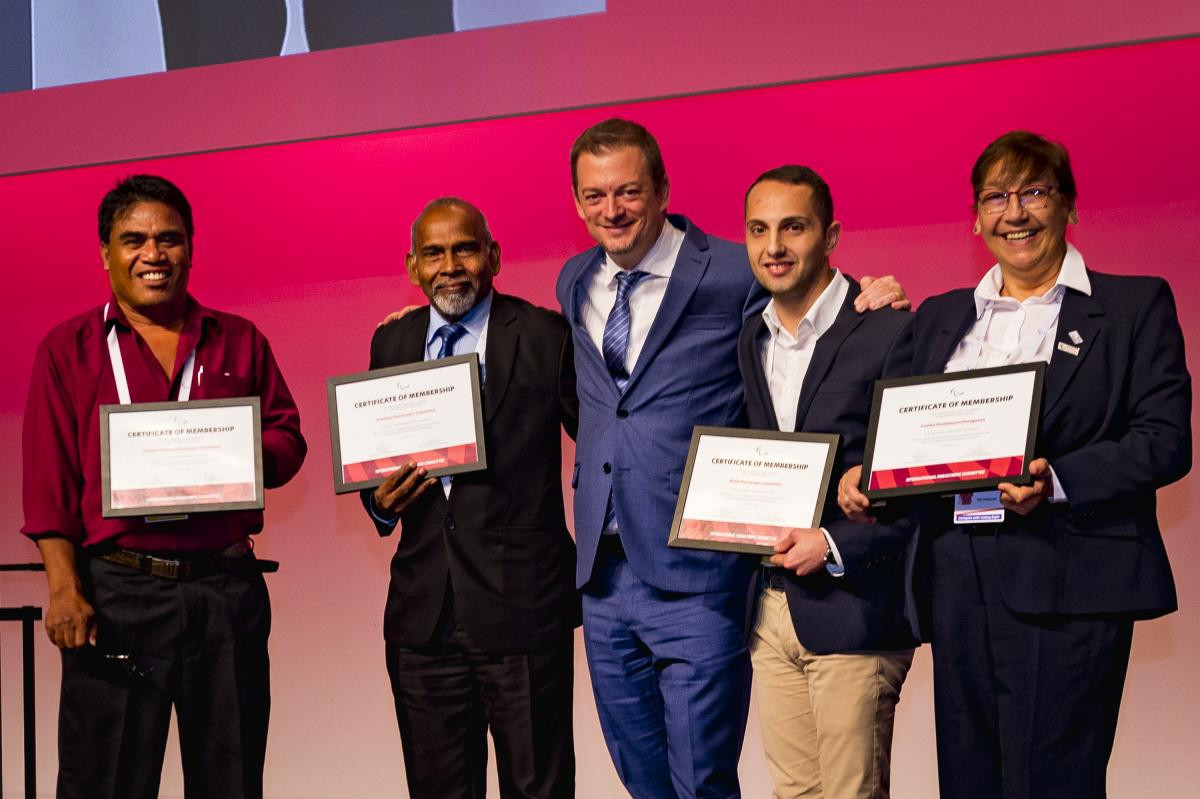 Kiribati, Maldives, Malta and Paraguay have been granted full membership of the International Paralympic Committee (IPC).

The National Paralympic Committees (NPC) in each country were approved as members by the IPC during its General Assembly in Bonn.

The ratification of the four nations brings the IPC's membership to 205, 182 of which are NPCs.

Kiribati becomes the ninth member nation from the Oceania region, while Maldives is the 44th NPC in Asia.

Malta is the 48th European NPC to become part of the IPC, and Paraguay marks the 33rd from the Americas.

Time to celebrate! 🎉
Here's a look back on the IPC's 2019 Gala Dinner! #GalaDinner #IPC30 pic.twitter.com/Xh0W3wFgkP

Athletes from the four countries can compete at IPC-sanctioned events, including the Paralympic Games, following the approval of their NPCs.

"It is an exciting and very enjoyable moment to our NPC and also to our country, Kiribati, as a whole as this recognition by IPC will not only allow us to be recognised internationally, but also will open the bright future for our Para athletes," said NPC Kiribati President Tekoaua Tamaroa.

Malta Paralympic Committee President Julian Baiada said membership of the IPC will "unlock a world of opportunities for Para sport and Para athletes in Malta, from participation in international competitions, to access to expertise and resources for the benefit of our athletes".

Ibrahim Ismail Ali, President of NPC Maldives, said it was a "dream come true" to be welcomed into the IPC family.

"It is not an easy task, but we do it wholeheartedly."