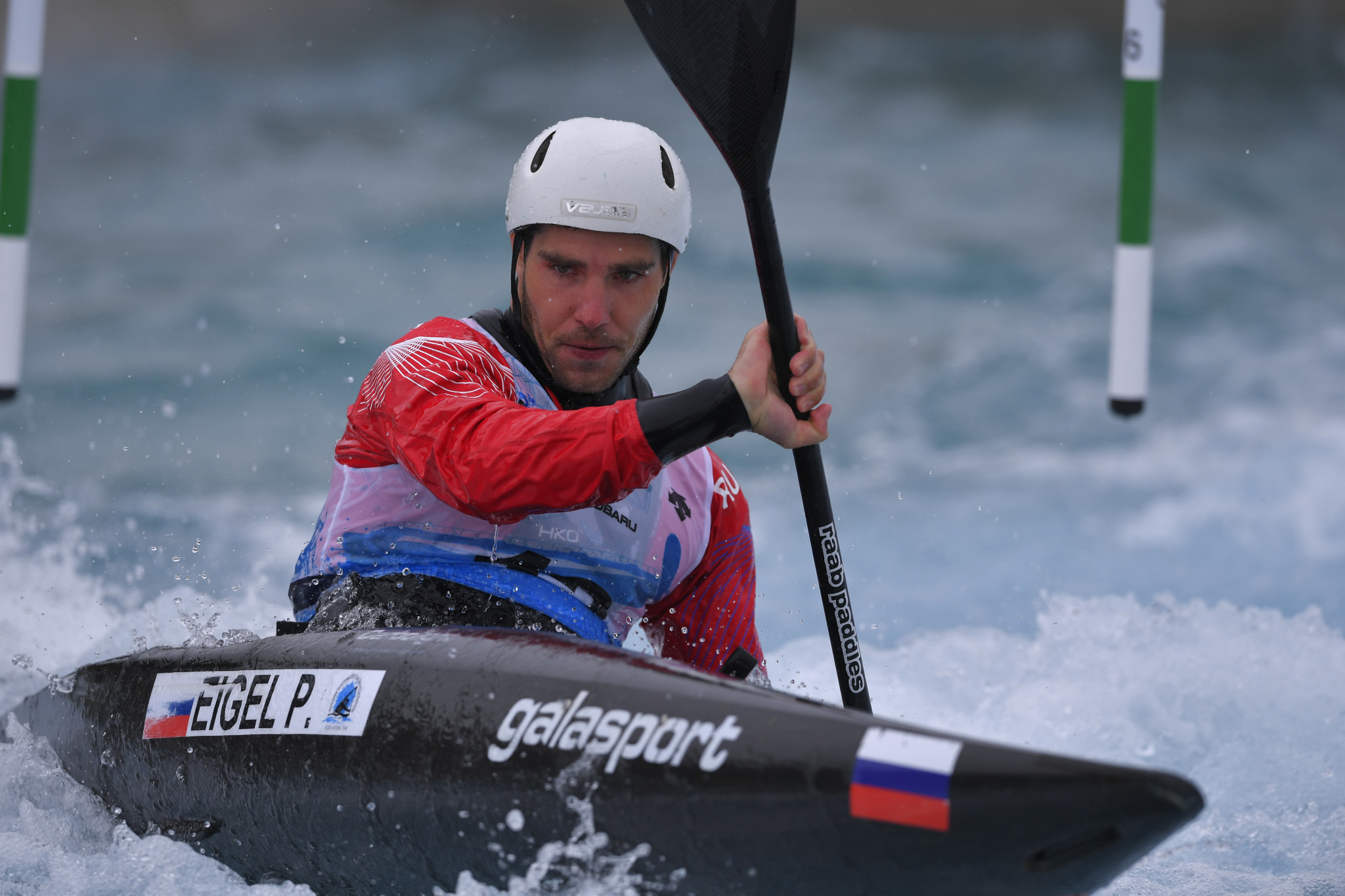 Eigel clocked 92.79sec in the second heat to progress in style at the newly built Kasai Canoe Slalom Centre.

Bradley Forbes-Cryans, who pipped reigning OIympic champion Joe Clarke to secure a place on the British team for next year's Olympic Games, produced the second quickest time of the day of 94.73 on his way to winning the opening heat.

Spain's Núria Vilarrubla was the top performer in the heats of the women's C1 competition.

Mallory Franklin of Britain's time of 118.14 in the first heat was the third-fastest of the day.

Action took place in much-improved conditions as yesterday's driving rain failed to return, much to the delight of the athletes.

Semi-finals and finals across all events will be held tomorrow.