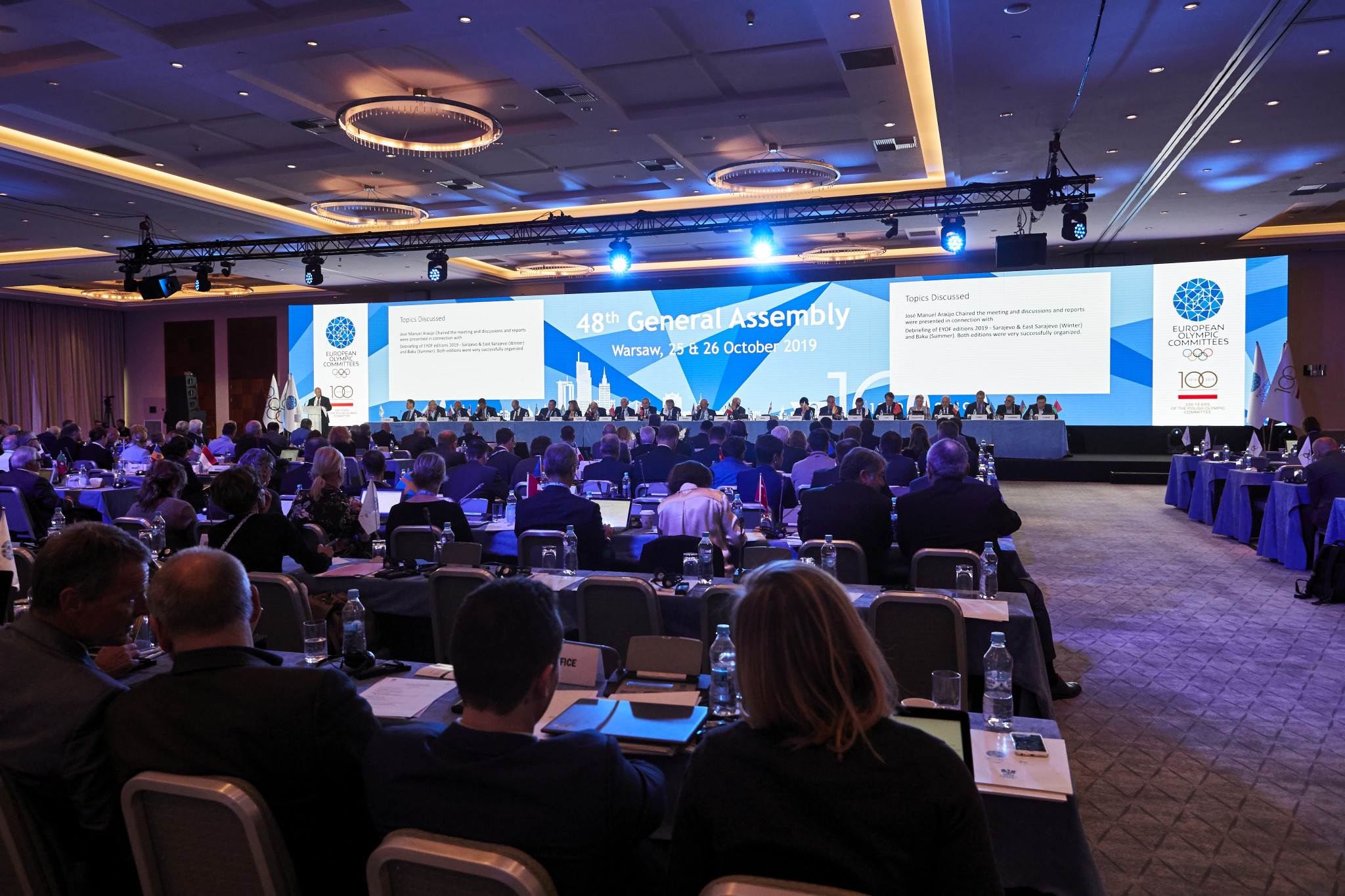 The Slovakian city Banská Bystrica replaced Košice as hosts in May.

The majority of venues will be existing, with such facilities only needing refurbishment, although the construction of new premises remains a possibility.

It was suggested that a grand sports cluster may be created, which would see six or seven sports take place in one area.

No transport would be necessary and spectators could walk from one venue to another.

Accommodation was touted as a challenge due to a lack of big hotels in Banská Bystrica, with the Organising Committee looking to house athletes in a number of smaller hotels.

The organizers of the #EYOF editions of 2021 have completed their reports in the plenary session of the #EOC General Assembly. The members of the European Olympic Family applauded the presentations. Congratulations to the representatives of #Vuokatti 2021 and Banská Bystrica 2021

Cassar also revealed there may be a change to the programme, with sports such as badminton suggested for inclusion.

The Banská Bystrica 2021 Organising Committee then delivered a presentation.

The expected competition dates are July 24 to August 1.

Seven sports have been confirmed for that competition, with alpine skiing, biathlon, cross-country skiing, figure skating, ice hockey for both genders, short track speed skating and snowboarding all included.

Nordic combined and ski jumping may be added at a later date.

Vuokatti Arena, which will host figure and short track skating, is under construction.

Competition will run from February 6 to 13 in two years.