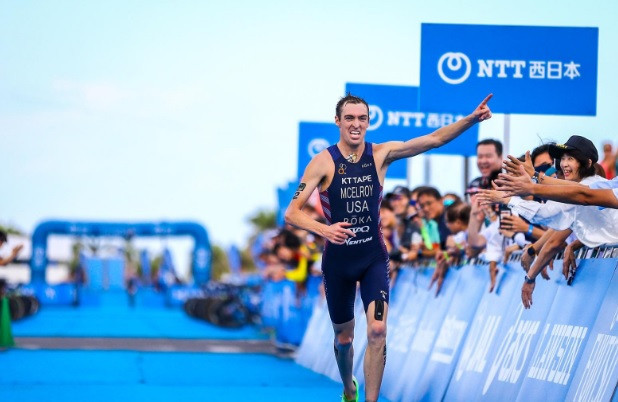 McElroy, who took gold in Tongyeong in South Korea last weekend, produced another fine performance on his way to clocking one hour and 47min 13sec.

He led home an American one-two as Eli Hemming finished 27 seconds behind in the silver-medal position.

Jelle Geens of Belgium did enough for third having crossed the line a further eight seconds adrift.

"I am absolutely emotional right now, believing in myself and keeping such a positive mindset the last two weeks has been key," McElroy said.

"I had to work really hard on the bike to close the gap.

"We didn't close the gap and it came down to the run."

Ai Ueda outclassed a strong field in the women's race to deliver glory for the host nation.

Ueda upgraded her silver in Tongyeong to gold on home soil after she crossed the line in 1:59.32.

"This is a big comeback for me and it took me a long time to get back to where I am today," Ueda said.

"I am so happy to win here in Miyazaki."