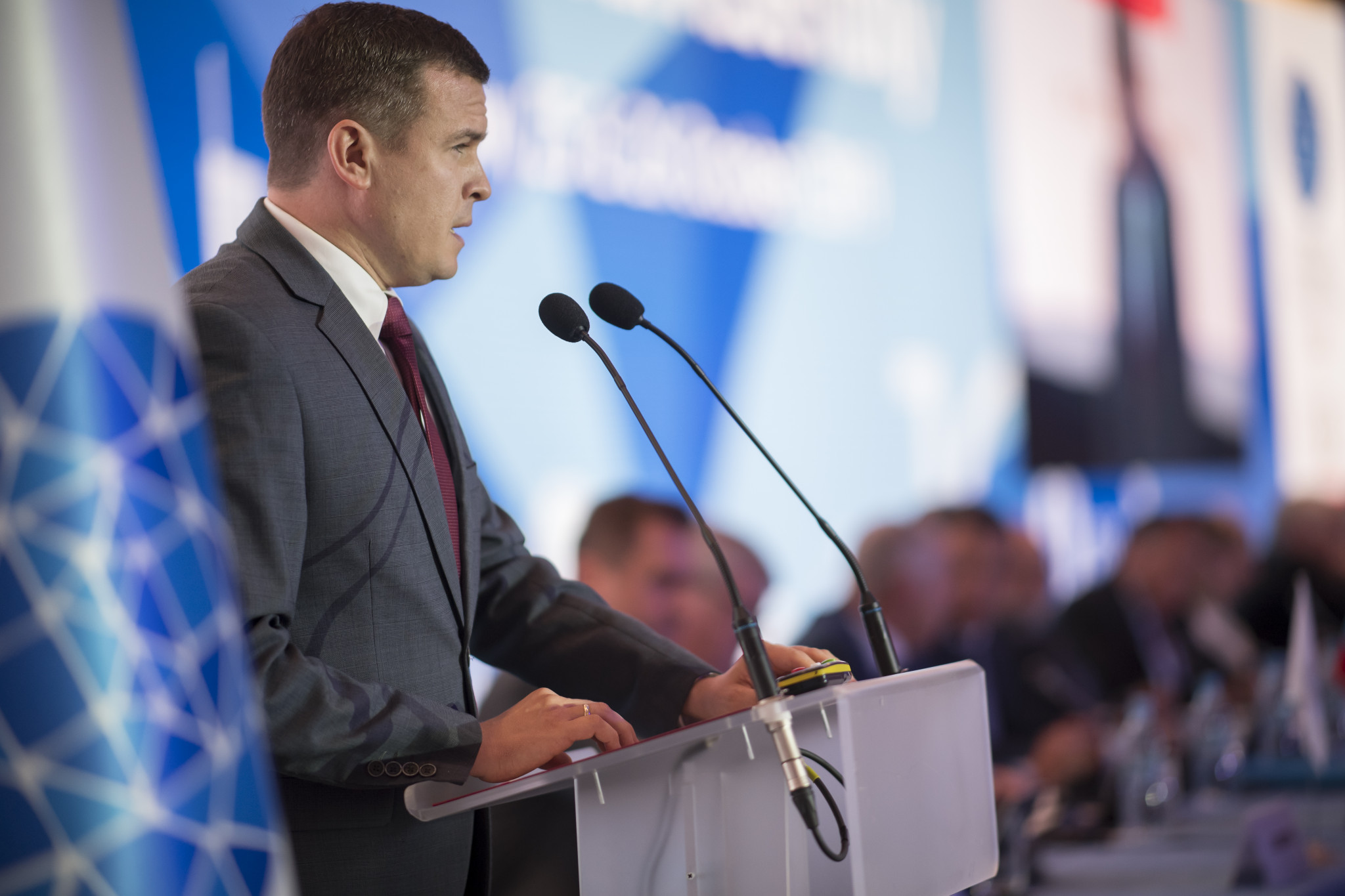 Bańka spoke at today's session in his role as the Polish Minister of Sport and Tourism, welcoming delegates to his country.

He also took the opportunity to lay out plans for his new job, which he is expected to take up at the World Conference on Doping in Sport in November.

"The position is a tremendous honour and and a great responsibility," he said.

"During the campaign for this position, I have had many meetings, conference calls, debates and consultations on how to achieve the goals set out in my manifesto.

"It has been an enriching experience and I have taken into consideration all the recommendations and suggestions that you shared.

"I will also count on your advice and expertise in the future."

The 35-year-old then went on to emphasise the importance of listening to the voices of athletes, having been a Universiade gold-medal winning 400 metre sprinter himself.

"Close co-operation between all stakeholders remains my firm commitment," he said.

"The Olympic movement plays a key role in this cooperation as we all share the same values - to ensure the integrity of sport.

"As a former athlete, I remain committed to making the voice of athletes heard.

"Their involvement in the decision-making process has to be stronger.

"The athletes, governments, the sports movement and all the other stakeholders must work together to ensure honesty, integrity and transparency in sport."

Bańka told insidethegames earlier this month that he intended to give athletes a greater role in the WADA decision-making process.

British Paralympic silver medallist Ali Jawad, an outspoken critic of WADA during the fallout from the Russian doping scandal, then responded with a warning to Bańka, claiming that he will have failed as President if athletes are not granted increased representation.

A working group has been established to look into how athletes can be better represented at WADA, with a view to putting a proposal forward to the organisation.

It was set up after a package of governance reforms approved by WADA last year did not include adding additional athletes onto the Foundation Board and Executive Committee.

WADA Athlete Committee chairperson Beckie Scott attends Executive Committee meetings but is not entitled to a vote - something Jawad and others are hoping to change.

But how exactly this is implemented and the representative to be given the vote still remains unclear.