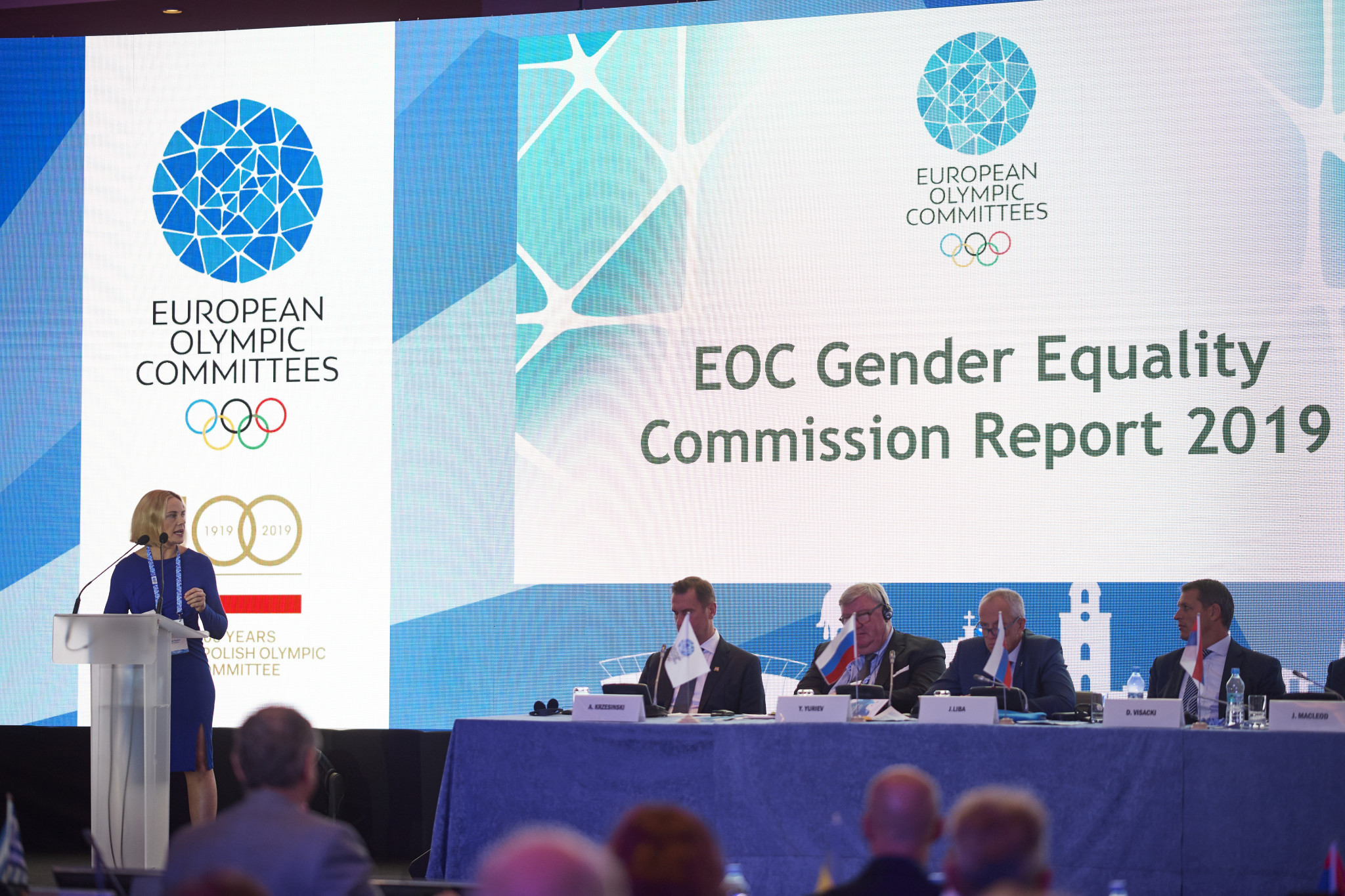 The European Olympic Committees' (EOC) revised Articles of Association was approved here at the organisation's General Assembly, including an amendment to ensure gender equality is embedded in line with the International Olympic Committee (IOC).

The Articles of Association are being simplified and modernised to become better aligned with the Olympic Charter and reflect the increased professionalism of modern sports organisations.

Such revisions were made at the EOC Executive Committee in July, held during the European Youth Olympic Festival in the Azerbaijani capital of Baku.

They were approved here unanimously, with the National Olympic Committees (NOC) of Finland and Norway putting forward an amendment on gender equality, which was also passed.

It ensures that the EOC will now advance gender equality in the organisation in line with the IOC.

Full gender equality was a key goal in the IOC Agenda 2020 reform process passed in 2014, with federations and NOCs encouraged to address the current imbalance.

An EOC gender equality strategy for 2019-2022 was approved later in the session, following a presentation by Gender Equality in Sport Commission chair Sarah Keane, who is also the Olympic Federation of Ireland President.

The strategy was devised following the IOC Review Report on Gender Equality in 2018 and will be further developed once data is available from the IOC Gender Equality Survey 2019.

"We need NOCs to talk about this issue on your Boards," Keane said.

"So the first thing is at the leadership level, to discuss it on your Boards - what is your position, what are your challenges, what can you do.

"Then it needs to go into constitutions and policies, because it needs to keep going, regardless of who is in those positions.

"Women need to be in roles of influence and actually have an opportunity to make decisions.

"Inclusive organisation culture speaks for itself."

IOC President Thomas Bach also emphasised the importance of gender equality in his address at the start of the day.

"Gender equality is not just nice to have," he said.

"It is an important pillar of good governance."