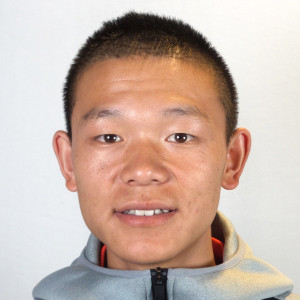 At the Sports Authority of Thailand Archery Range, second seed Vivek took the top step on the podium with a 7-1 final triumph against his Chinese opponent.

Vivek was competing under a neutral Paralympic flag due to the Archery Association of India (AAI) being suspended by World Archery in August, after the national governing body failed to resolve an ongoing governance crisis.

Indian athletes competed under a neutral flag to protect their chances of being eligible for next summer's Paralympic Games.

A total of 10 Paralympic spots are on offer - five for men, five for women - and will be announced after competition concludes tomorrow.

Japan's Shigaseda Chika gave her hopes of making her home Paralympics a real boost by claiming gold in the women's recurve final.

The men's compound final was won by pre-tournament favourite He Zihao.

The Chinese top seed won 144-142 against Hadi Nori of Iran to claim gold.

She claimed gold against Lin's Chinese compatriot Zhou Jiamin on a 145-140 scoreline.

The women's W1 champion is Chen Minyi from China, who defeated compatriot Liu Jing 137-122 in the final.