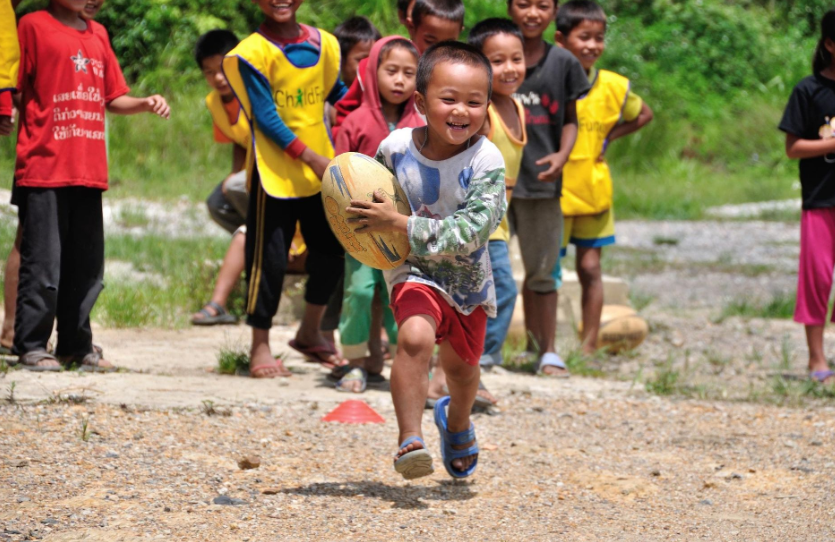 World Rugby's Impact Beyond programme is aiming to leave a lasting legacy for tens of thousands of children, long after its showpiece tournament in Japan is over.

In conjunction with the ninth Rugby World Cup being held in Asia for the first time, the award-winning rugby for development programme ChildFund Pass it Back is being expanded to six countries in the region.

More than 25,000 children will be given the chance to play, learn and grow through involvement in rugby.

"It has demonstrated the best of rugby and Japan, characterised by family, community and solidarity off the field, and compelling, world-class sport on the field, engaging new fans in record numbers.

"With more than 1.8 million tickets purchased, we have seen a 50 per cent increase in opt-in donations to ChildFund, surpassing any tournament in history.

"Coupled with the support of our worldwide partners, more than £2 million ($2.6 million/€2.3 million) has been pledged to a programme that will support some of the most vulnerable children and young people in Asia."

25,000 children and youth to benefit from their involvement in rugby for development program @ChildFundPIB https://t.co/e5W6XIYXQe pic.twitter.com/UmJMjwvFtB

ChildFund chief executive Nigel Spence said: "It has been an incredible privilege to be a part of this global sporting event, and we are humbled by the extraordinary support shown by the global rugby community.

"The Rugby World Cup may soon be coming to an end, but ChildFund's work to improve the lives of vulnerable children in Asia will continue, boosted by the support from the rugby family.

"Not only will these young people have the opportunity to play the game we all know and love, but they will learn valuable life skills, drive positive social change, and have the potential to break the cycle of disadvantage in their communities."

In the coming years, ChildFund will continue to partner with Asia Rugby and World Rugby to bring ChildFund Pass It Back to children and young people across Asia.

Ross Mitchell, Asia Rugby general manager, said: "We are excited to be continuing our work with ChildFund and building a new generation of rugby players in the region.

"Together, we can ensure that more girls, children from developing communities, and young people living in rural and remote areas have the opportunity to benefit from the transformative power of sport."

ChildFund is a global alliance of international development organisations, assisting more than 14 million children and their families in over 60 countries.