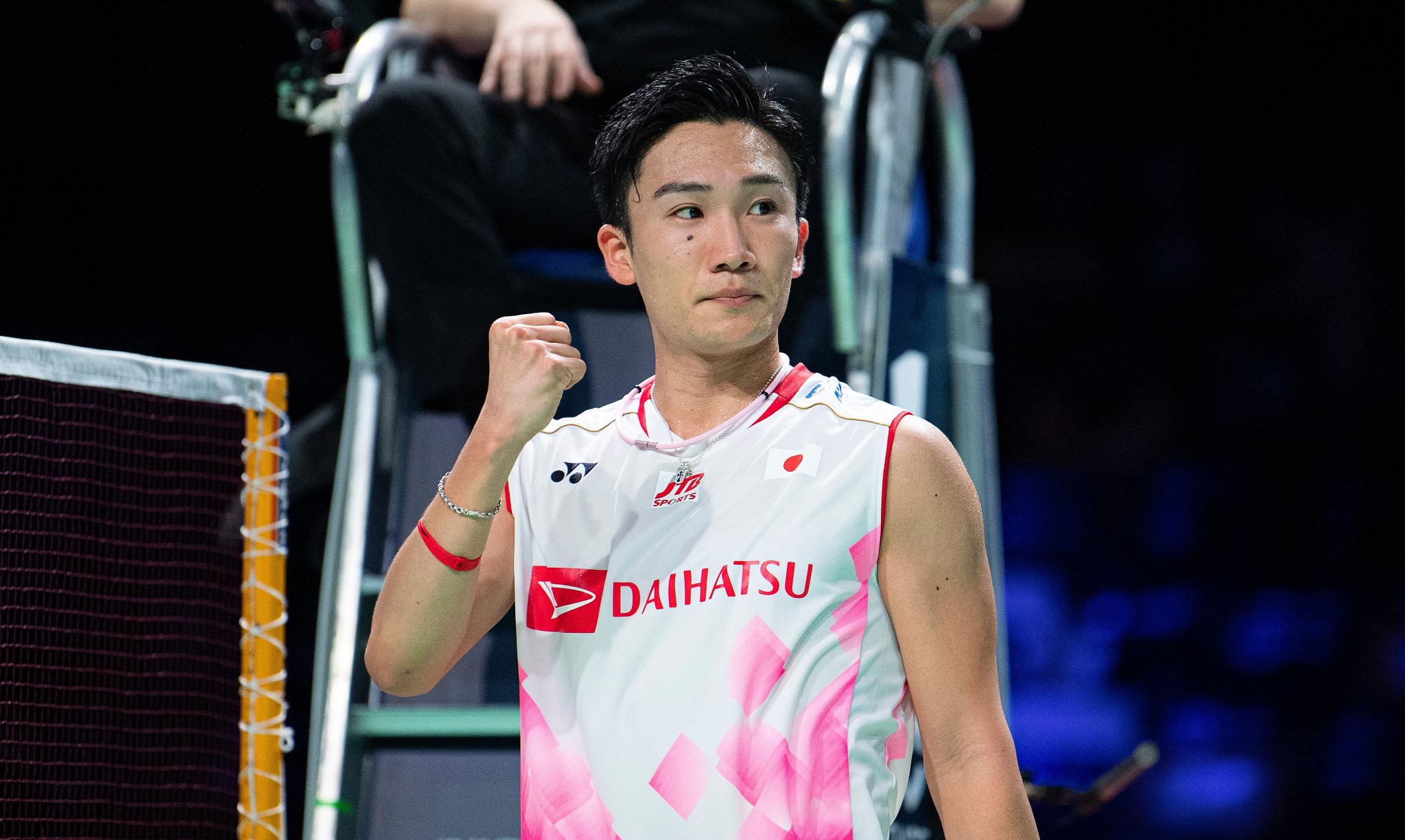 Top seed Kento Momota was given a stern test by Wang Tzu Wei, as he battled through to the second round of the Badminton World Federation French Open in Paris.

At Stade Pierre De Coubertin, Momota lost the first game against the world number 25 Chinese Taipei player, before battling to a 15-21, 21-15, 21-16 victory.

Dane Hans-Kristian Solberg Vittinghus awaits in round two of the World Tour 750 event after he won 21-10, 21-15 against Kantaphon Wangcharoen from Thailand.

Jonatan Christie from Indonesia booked his place in round two by seeing off Denmark's Jan Jorgensen 21-15, 21-16.

In the women's draw there was a straight games victory for He Bing Jiao of China, who won 21-12, 21-18 against Gregoria Mariska Tunjung from Indonesia.

Top seed Tai Tzu Ying from Chinese Taipei, like Momota, was given a tough first-round draw.