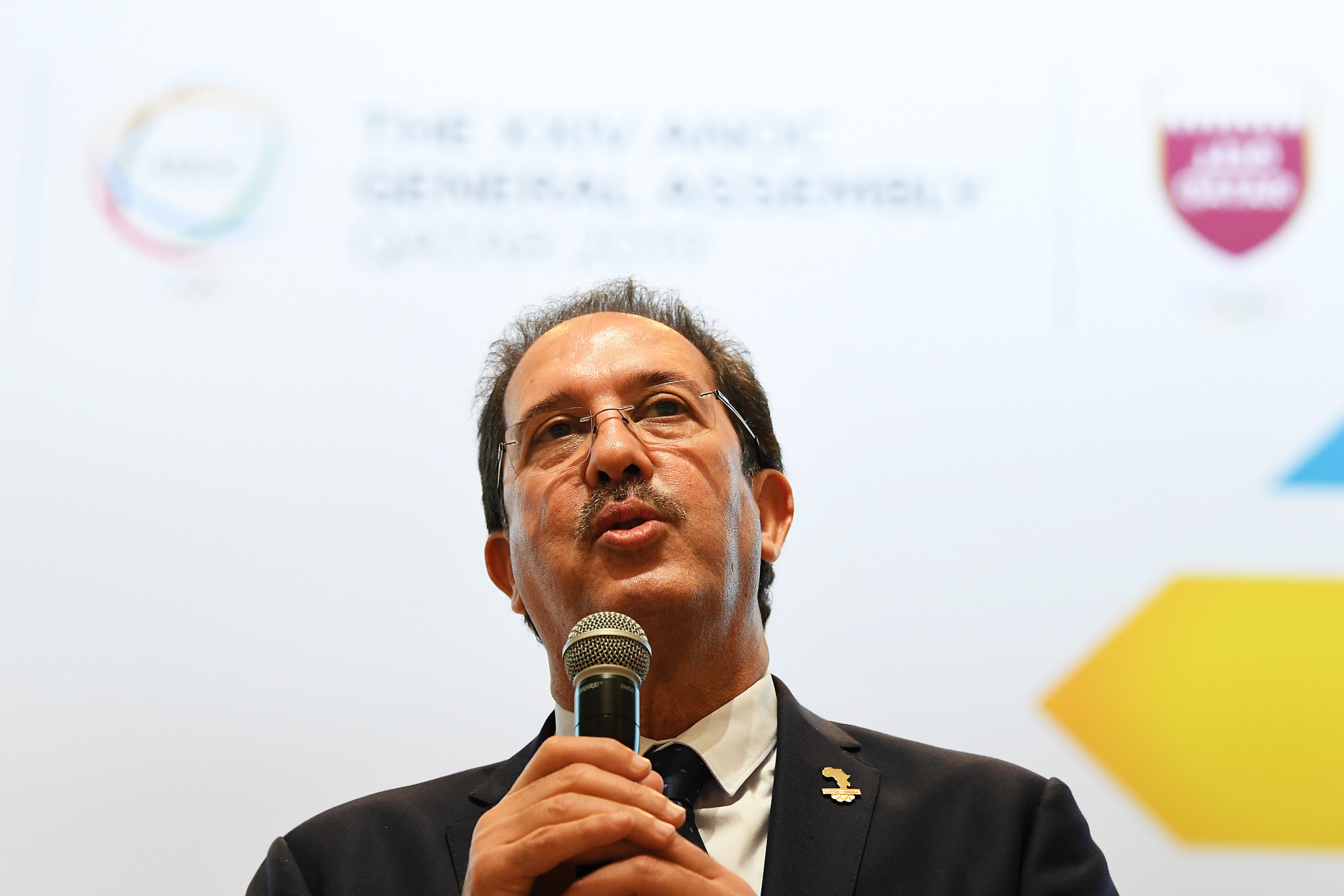 Mustapha Berraf is facing calls to resign as President of the Association of National Olympic Committees of Africa (ANOCA) from a group within the organisation, accusing the leadership of severe mismanagement.

The document accuses the three officials of a lack of financial transparency, betraying the trust of NOCs "through their lack of respect for the very constitution which governs ANOCA" and of bringing the continental body into disrepute.

The letter demands the leadership team "immediately step down from their positions for the good of our organisation and its credibility, to enable our NOCs to focus on preparing their athletes for the Tokyo Olympic Games".

Those behind the document outline their concern that Berraf, Hashim and Gumel will "drown the organisation in debts that it may not be able to come out from in addition to causing irreparable damage to the image of ANOCA and putting its credibility into jeopardy" if they are allowed to continue.

It highlights nine examples of "practices and actions" which have led to calls for a vote of no confidence, including claims that "huge sums" of money were not used for their intended purpose during this year's African Games in Morocco.

Concerns over Berraf's travel expenses are also raised, along with suggestions the leadership team has been abusing its power and not consulted the Executive Committee on important decisions.

Berraf, elected ANOCA President in November, was tasked with overseeing considerable reform and repairing the reputation of the continental organisation.

The letter claims, however, that ANOCA's crisis has deepened under the Algerian's Presidency.

"This letter is an expression of our vote of no confidence in their ability to run our institution, which is disintegrating and falling apart before our very eyes and is fast becoming the laughing stock of the world of sport and the Olympic Movement," the letter states.

"The team was entrusted with putting things back on track and helping ANOCA catch up on lost times as we focus on preparing for the Tokyo 2020 Olympic Games.

"However, it is sad to note that rather than meet the expectations of the NOCs, this leadership has brought them more troubles and created deeper concerns for the future of the organisation with great consequences on the athletes and the youth of our continent."

In a response sent to insidethegames, Berraf denied the allegations and said they are "completely false".

"Our management, which was the subject of a report to the Association of National Olympic Committee General Assembly, was highly acclaimed and demonstrated that in this short time since our election, many initiatives and positive actions have been initiated," he said.

"Only the General Assembly convened in ordinary session can validly evaluate the ANOCA's expenses and revenues after examination by the auditor.

"A clean-up operation has begun and is beginning to bear fruit.

"Legal action has been taken."

Berraf is also embroiled in scandal in his role as President of the Algerian Olympic Committee (COA) after the country's Sports Minister accused him of corruption and financial mismanagement.

A report from the Sports Ministry makes allegations regarding doubtful contracts, suspicions of corruption, embezzlement and favouritism.

It has led to eight members of the COA Executive Committee "freezing" their involvement in the running of the NOC.

The Algerian, who became a member of the IOC earlier this year, disputes the accusations and alleges his detractors are guilty of "misleading and defamatory manoeuvers" to "undermine his image and that of the COA".

He also claims he has previously been cleared of similar allegations.

In a statement, the IOC said its chief ethics and compliance officer Pâquerette Girard Zappelli was aware of the allegations but would not be making any further comment.