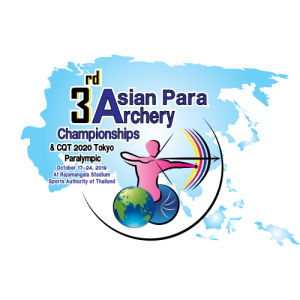 Wang Sijun of China will meet India's Chikara Vivek in the men's recurve open gold medal match, as the Asian Para Archery Championships move into the knockout phase in Bangkok.

At the Archery Range at the Sports Authority of Thailand, top seed Wang defeated Malaysian Suresh Salvatamby 7-1 to book his final berth, while Vivek overcame Park Jun-Beom of South Korea 7-3.

Park won the battle for bronze 6-2 against Salvatamby, while Wang and Vivek will meet in the final on Thursday (October 24).

In the women's recurve event, top seed Wu Chunyan of China was defeated 6-4 by South Korean Kim Ran-sook, before missing out on bronze to fellow semi-finalist Gao Fangxia of China 6-5.

Kim will meet second seed Shigesada Chika of Japan in Thursday's final after she won 6-4 against Gao in the last four.

The men's compound open final will pit top seed He Zihao of China against Hadi Nori of Iran.

He secured his final berth with a 147-144 victory against Fitrianyah Fitrianyah of Indonesia, as Nori won 142-136 against Malaysia's Wiro Julin.

Fitrianyah claimed bronze against Julin courtesy of a 146-136 scoreline.

Top seed in the women's compound open Lin Yueshan of China had to settle for bronze in Bangkok.

She earned third place with a 143-138 triumph against compatriot and second seed Li Xinru.

She will take on China's Zhou Jamin for gold on Thursday after the third seed defeated Li 10-9 in a tiebreak after the pair were tied on 142 points apiece.