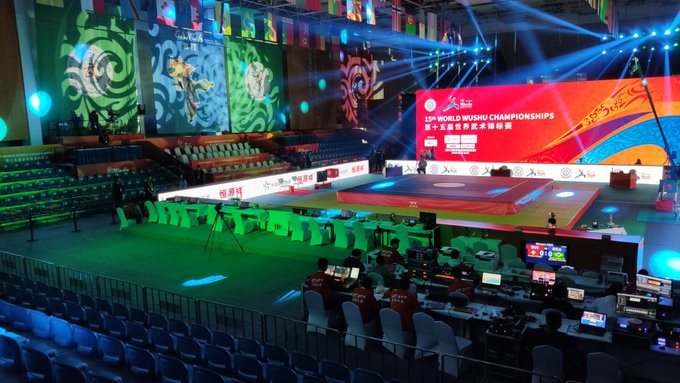 Iran's Shahrbano Mansouriyan Semiromi claimed victory in the women's 70 kilograms event as the first sanda medals were awarded at the World Wushu Championships in Shanghai today.

Among the seven gold medallists in TaoLu competition today were China's Cui Bi Hui in the men’s taijiquan with 9.713 points and compatriot Li Qizhen in the men's jianshu with 9.710.

There were also victories for Chinese Taipei’s Lai Po Wei in the men’s nangun with 9.673 points, Indonesia’s Edgar Xavier Marvelo in the men’s changquan with 9.663 and Israel’s Anastasia Chiriliuc in the women's shuangjian with 9.250.

Action in Shanghai is due to continue tomorrow.