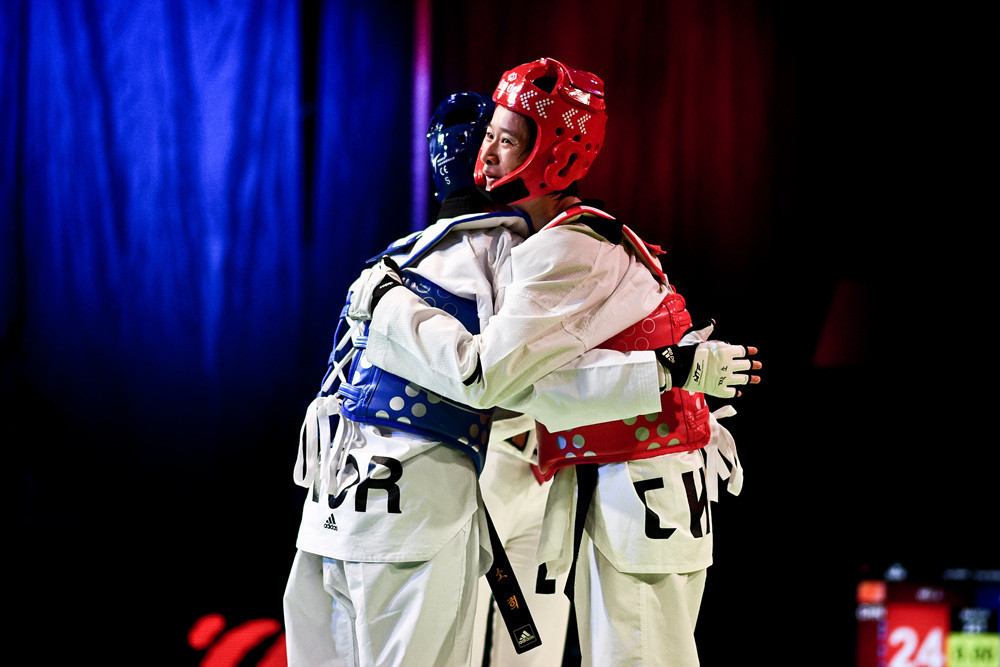 The 32-year-old is in the midst of a comeback, following a two-year layoff during which she gave birth.

Today's other event was the men's under-80kg and saw Jordan's Saleh Elsharabaty beat Egypt’s Seif Eissa to the gold medal with a 12-10 victory.

The World Taekwondo Grand Prix Final is due to take place in Moscow on December 6 and 7.

It will mark the end of a season that has also seen competitions held in Italy's capital Rome and Japanese city Chiba.

This year's series is the seventh edition.