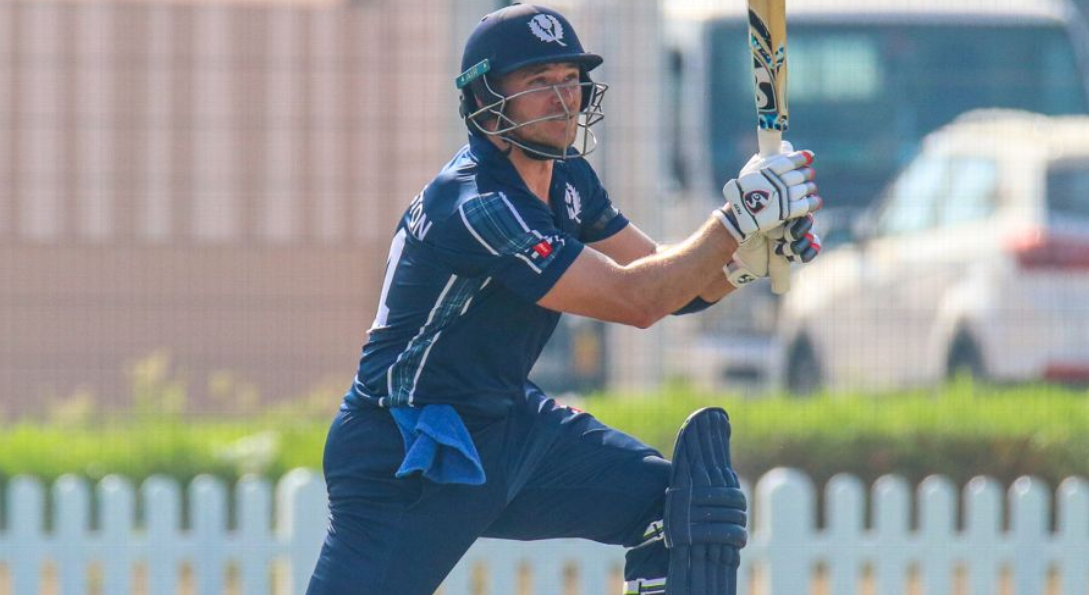 Scotland got back on the winning trail at the International Cricket Council T20 World Cup Qualifier, defeating Kenya in Group A.

Fourteen teams are vying for six World Cup places in the United Arab Emirates, with just under one year to go until the World Cup tournament in Australia.

Scotland had the worst possible start, with a shock defeat to Singapore yesterday - so today's match with Kenya was a must-win.

As the highest world-ranked team in tournament at 11, Scotland looked to exert their authority early and posted a solid, if unspectacular, 170/6 at ICC Academy Ground No. 2, Dubai.

All of the top order contributed, with high scores from Tom Sole (33) and Calum MacLeod (30).

Their opponents, ranked 29th, were looking good at 90/1, but eventually fell short of the target on 139/8, despite the best efforts of opener Irfan Karim who hit a half-century.

Unbeaten The Netherlands were far too strong for Namibia, also in Group A.

Ryan ten Doeschate top-scored with 59 in their 140/6, which the Africans never remotely threatened, bowled out for a total of 96.

In the first match of the day, Bermuda will have been desperately disappointed with their performance.

They were skittled out for 89 in just 17.2 overs by Papua New Guinea, who got their campaign off to an impressive start.

Norman Vanua delivered a hat-trick with the ball, while opener Assad Vala's 53 guided them home to 90/0 and a comprehensive victory.

In Group B, Jersey made a spectacular entry into the tournament, dominating Nigeria.

Jersey posted an impressive 184/4, with Jonty Jenner not out on 57.

Nigeria couldn't chase it down, eventually finishing on 115/7.

In the final game of the day, Ireland were thoroughly beaten by United Arab Emirates.

They could only score 125 all out, which UAE chased down in just 17 overs.