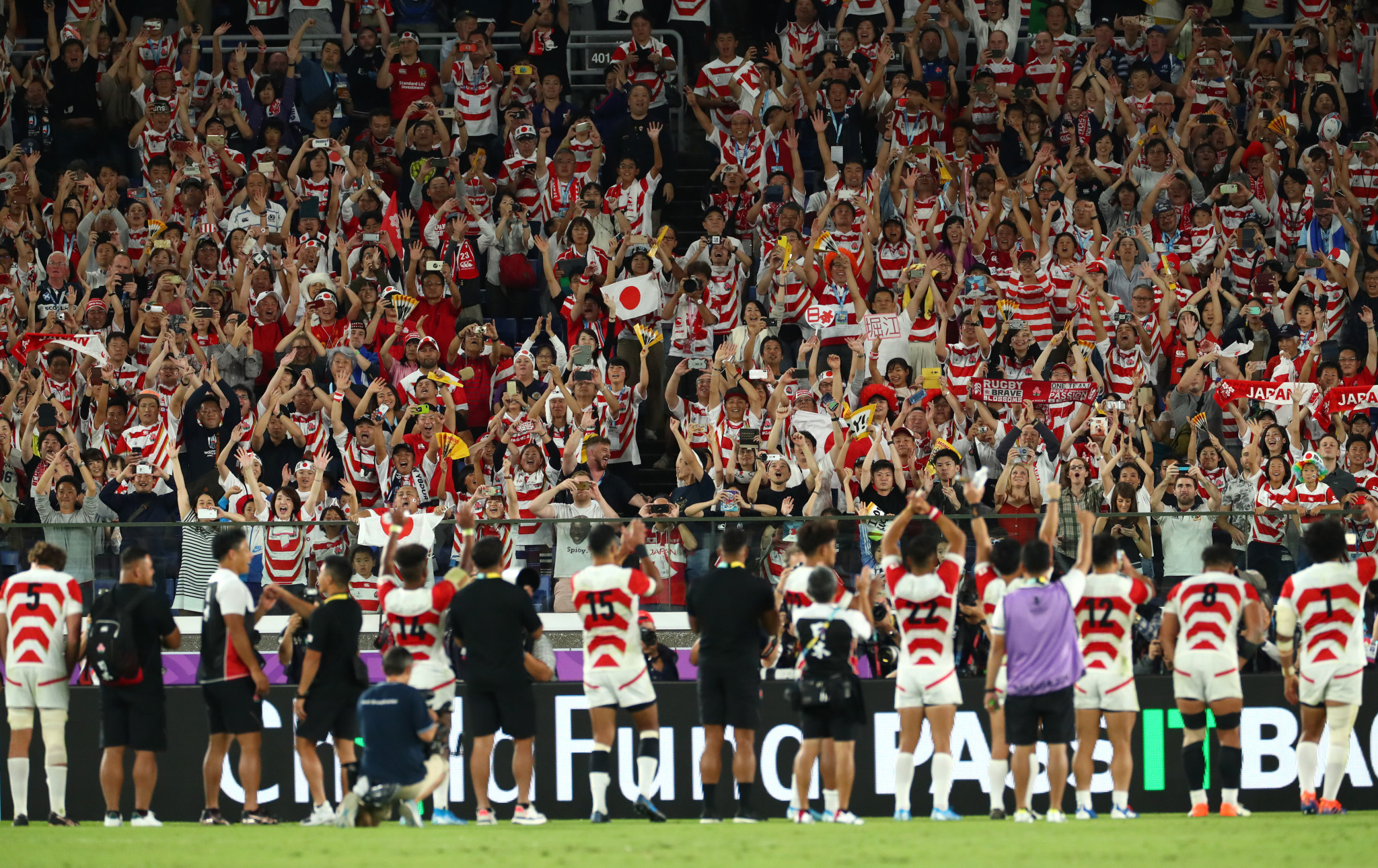 Japan's Rugby World Cup quarter-final against South Africa tomorrow is set to smash broadcasting records, thanks to a nation's obsession with the Brave Blossoms.

Despite the tournament being hosted in Asia for the first time, it's proved incredibly popular, with sell-out matches and record television viewing numbers.

The victory over Scotland in the pool stages delivered an enormous 53.7 per cent peak audience share on NTV, representing a 54.8 million audience - a record for any rugby match and a higher figure than the FIFA World Cup final in Japan in 2002.

It was also the highest audience record for sport in Japan this year.

Japan's opening match against Russia attracted a peak audience of 26 million, while a dramatic finish against Samoa drew in a peak of 47 million.

In the United Kingdom, the Japan versus Scotland match last weekend attracted a peak audience on ITV of 4.1 million.

On social media, there were 13 million views of the official Rugby World Cup 2019 Japanese language Twitter media account on the day of the Japan versus Scotland match, more than double the views of the English language account.

World Rugby Chairman Sir Bill Beaumont said: "Japan 2019 is already one of the greatest Rugby World Cups, characterised by the incredible warmth and support of the Japanese public.

"These figures reflect the power of sport to unite a nation, the awakening of Japan to rugby and how the heroics of the Brave Blossoms have captured hearts and minds around the world."