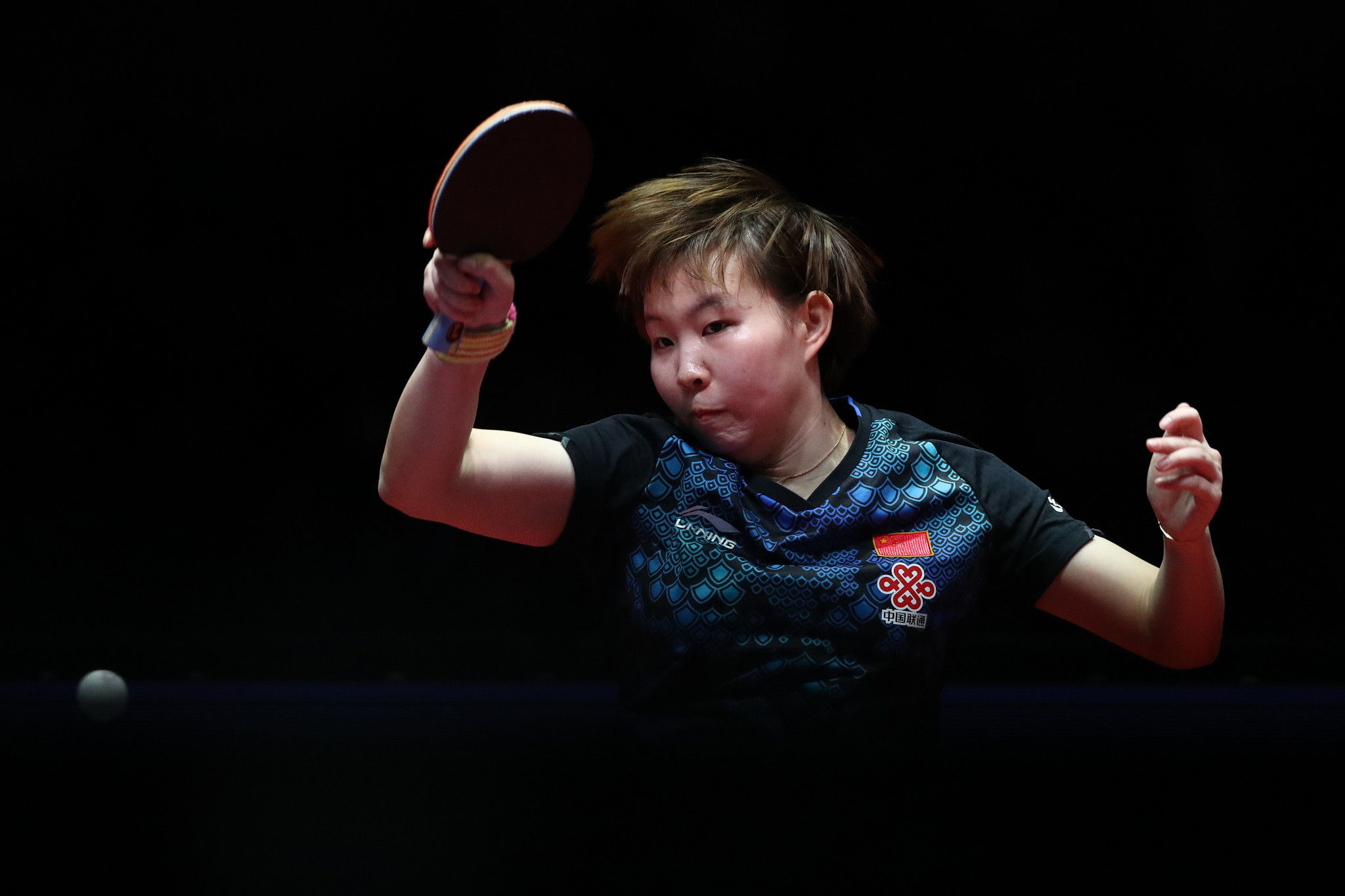 Liu, who arrived in the Chinese city aiming to add the World Cup to the world title she clinched earlier this year, booked her semi-final spot by defeating Chinese Taipei’s Cheng I-Ching 11-4, 11-8, 11-5, 12-10.

Zhang, the first player from the United States to reach the semi-finals at a Women's World Cup, had earlier stunned Japan's Miu Hirano to progress to the last eight.

"I could not believe I won, even the last ball hit the floor," said Zhang.

"I really did not expect that I could reach this stage and I am just so happy now."

The tournament concludes with the semi-finals and final tomorrow.