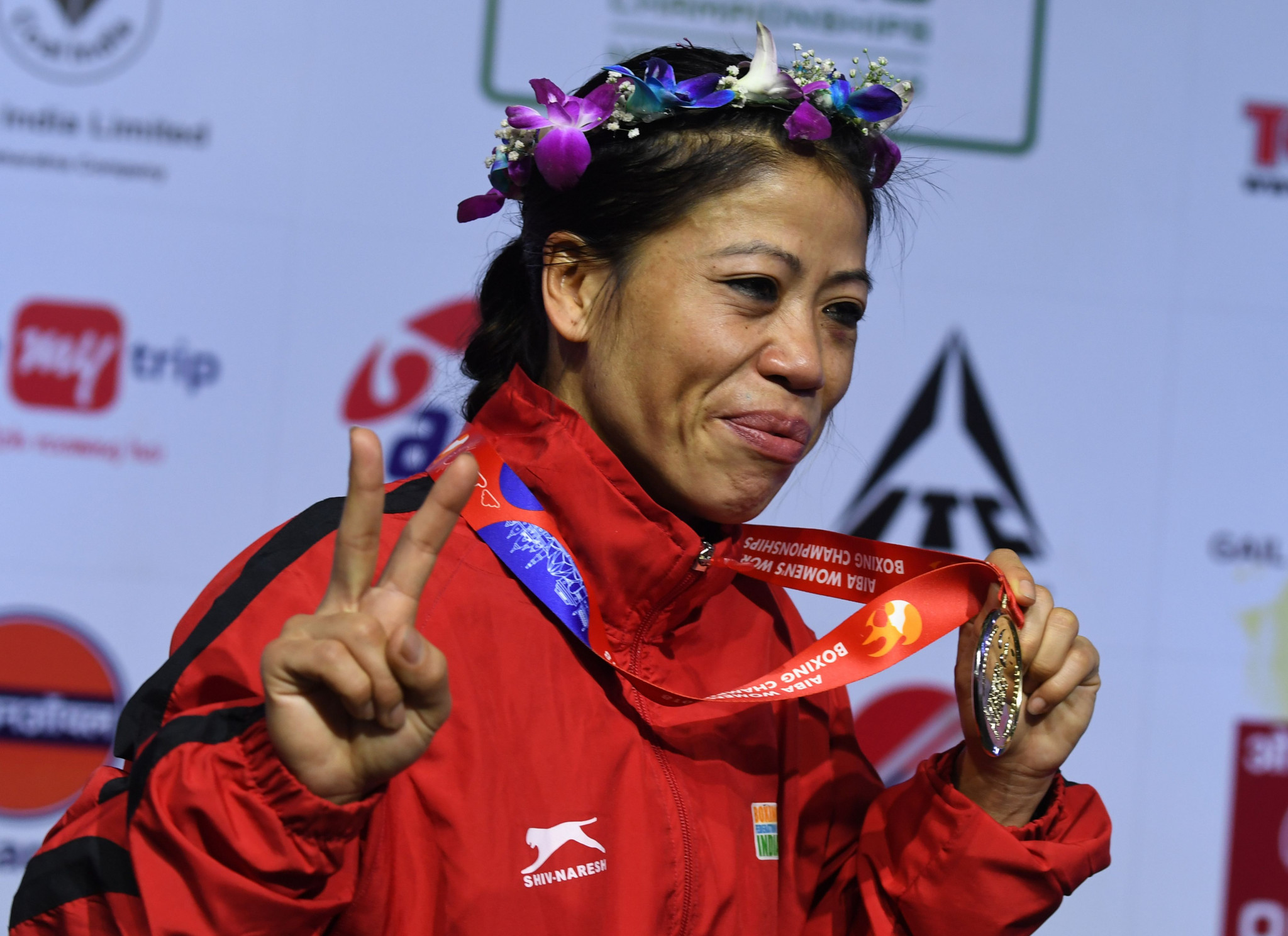 Mary Kom is at the centre of a row over India's selection for the Asian Olympic boxing qualifier for Tokyo 2020, after Nikhat Zareen demanded a trial bout against the six-time world champion.

The Boxing Federation of India (BFI) said it would grant Kom an automatic spot in the flyweight division at the qualification event, in Wuhan in February.

The decision appears to go against the BFI's own criteria after the national body said it would only hand direct places at the qualifier to Indian boxers who won a gold or silver medal at this year's World Championships.

Kom could only manage bronze at the Women's World Boxing Championships in Ulan-Ude in Russia, prompting Zareen to write to Indian Sports Minister Kiren Rijiju to complain about the selection of the London 2012 Olympic silver medallist.

"Sir, the very basis of sport is fair play and need to keep proving oneself each and every time," Zareen wrote in the letter, published on her Twitter account.

"Even Olympic gold medallists have to fight again to qualify to represent the country.

"I have been inspired by Mary Kom since I was a teenager.

"The best way I can do justice to this inspiration was to strive to be as great a boxer as her.

"And Mary Kom is too big a legend in sport to need to hide from competition and not actually defend her Olympic qualification.

"I look for no favours, just fair play.

"And whether Mary Kom or any other boxer qualifies after the trial, we can at least sleep at night knowing that every one of the candidates got the best possible opportunity to make India proud at Olympics."

Kom, who criticised the judging after her semi-final defeat to Buse Çakıroğlu of Turkey at the World Championships earlier this month, has hit back by claiming victory over Zareen in a trial bout would be a "formality".

"I have defeated her many times but she keeps challenging me," the 36-year-old said.

"I mean, what is the point?

"It is just a formality.

"The BFI knows who can win a medal at the Olympics."

Kom also responded to Indian Olympic shooting gold medallist Abhinav Bindra, who backed Zareen's call for a trial in a post on Twitter.

"Abhinav Bindra is an Olympic gold medallist but I too have multiple golds at World Championships," Kom said.

"This is not his business, to involve in boxing, to interfere.

"I don't talk about shooting, so it is better for him to stay quiet on boxing."

Reports in the Indian media have suggested the BFI may hold a meeting next week to discuss selection for the Olympic qualifier following the letter from Zareen.

Zareen, a former world junior and youth world champion, also claims she was denied the chance to represent India at this year's World Championships.

The 23-year-old, a bronze medallist at the 2019 Asian Championships, claimed she was invited to a trial before it was cancelled after the BFI chose Kom as its flyweight representative.