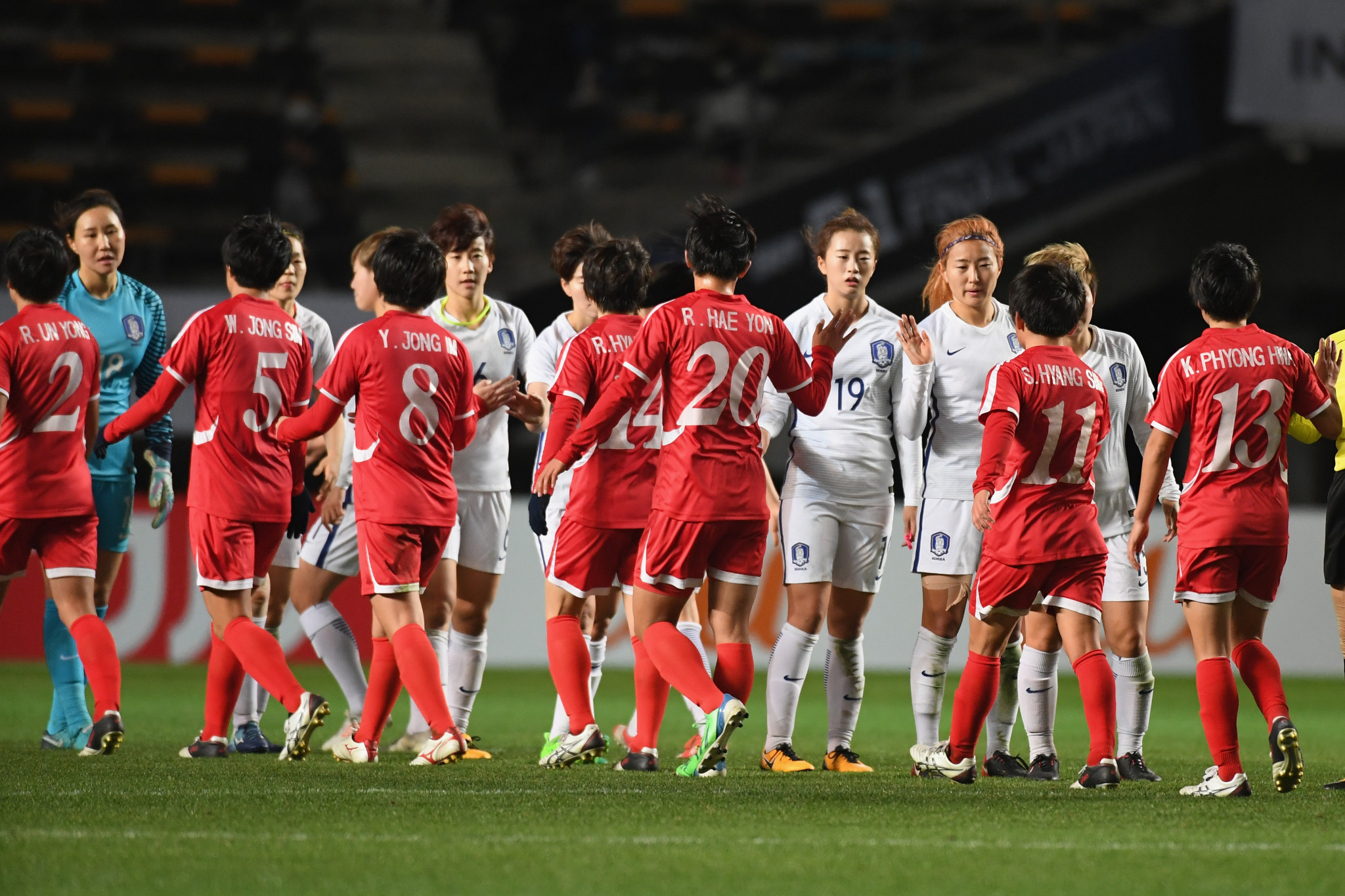 North Korea and South Korea have been drawn together in the final round of Asian Football Confederation (AFC) qualifying for the women's tournament at next year's Olympic Games in Tokyo.

The two Korean teams were placed in Group A with Myanmar and Vietnam, while Group B features Australia, China, Thailand and Chinese Taipei.

South Korean city Jeju will stage Group A matches and China will play host to Group B, with the exact location not yet confirmed.

The eight-team qualification round will take place from February 3 to 9.

The top two in each group will progress to two-legged, home-and-away play-offs on March 6 and 11.

Winners of the two play-offs will join hosts Japan as the Asian representatives in the Olympic women's football competition at the Games in Tokyo.

South Korea have never qualified for an Olympic women's football tournament and have only beaten their rivals from the North once in 19 meetings.

North and South Korea being drawn in the same group comes after the two nations played each other in a feisty men's qualifier for the 2022 World Cup in Qatar earlier this week.

South Korea were unhappy with the game in Pyongyang, the first competitive men's match to be held in the North Korean capital, as it was not broadcast and there were no fans in the stands.

All foreign media - including those from the South - were also barred from attending the game at Kim Il Sung Stadium.

The Korean Football Association has since written to the AFC asking for sanctions against North Korea, marking the latest tension between the two countries, who are still technically at war.

South Korea is also considering jointly hosting the 2023 Women's World Cup, which could also be scuppered by the current political climate.