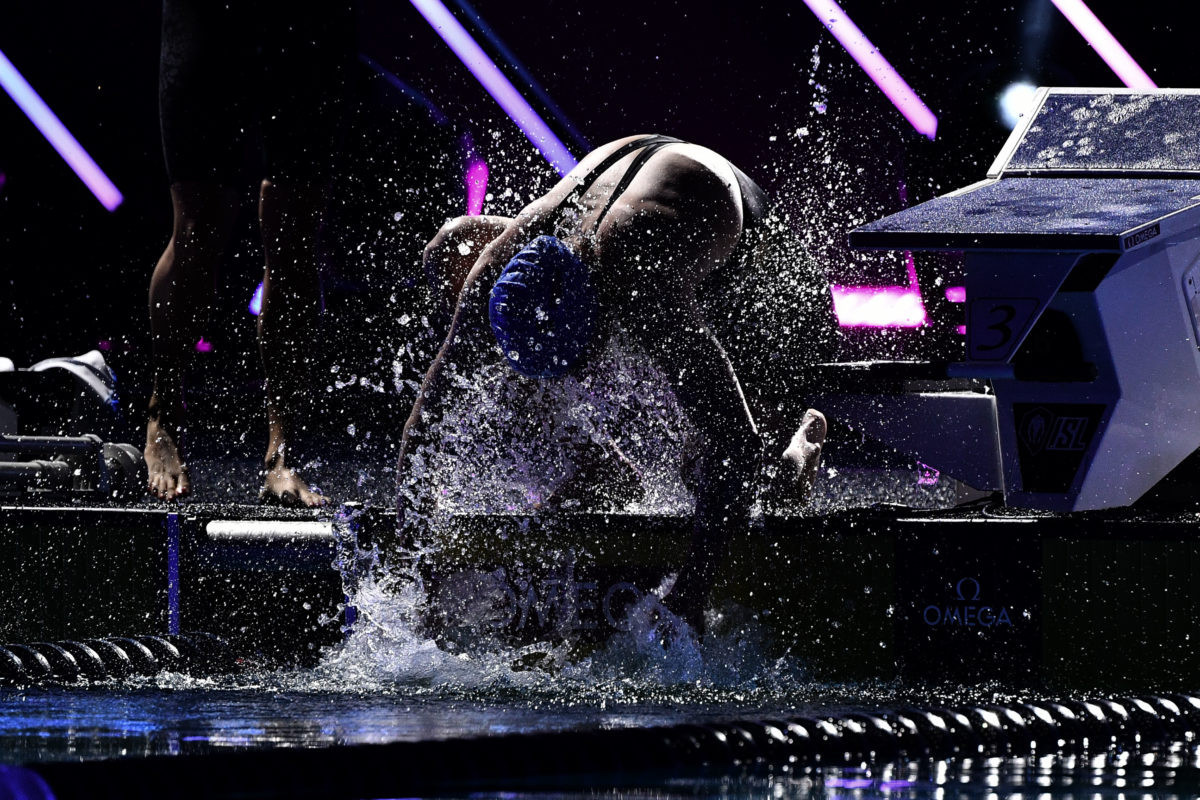 The inaugural International Swimming League (ISL) season is set to continue this weekend with the third leg in Lewisville, where Group B teams will compete for the first time.

The two-day event will take place at the American city's LISD Westside Aquatic Center and will see Iron, LA Current, London Roar and NY Breakers battle it out for glory.

One of the marquee match-ups for the next two competitions, the second of which is in Hungary's Budapest on October 26 and 27, will be London Roar's Kyle Chalmers versus Iron's Vladimir Morozov in the men’s sprint freestyle events.

Chalmers, a 21-year-old Australian who rose to stardom after gold in the Rio 2016 Olympic 100 metres freestyle event, has historically been better in the long course pool and generally performs when it matters most.

In contrast, 27-year-old Russian Morozov has become arguably the best male short course swimmer in the world and has an incredible ability to perform in consecutive matches.

Also racing for London Roar will be Australian sisters Cate and Bronte Campbell, both of whom are individual world champions and consistently among the best across the globe every year.

In the race for the Most Valuable Player (MVP), given to the athlete who compiles the most points for his or her team, the first name that comes to mind is Iron's Katinka Hosszú, the three-time Olympic champion.

The Hungarian, however, is not a sprint freestyler and the points available in the match-ending skins races are so significant - the three-round 50m freestyle eliminator is worth triple the points of a regular event - that it will hurt her chances of claiming the MVP.

To get you in the mood for Dallas...relive the sights and sounds of a special #ISL2019 weekend in Italy 👀🇮🇹😮#AquaPower 🏊‍♀ #ISL2019 pic.twitter.com/lcRqm4Rbqx

Although she cannot be counted out, she will have to pile up a lot of points to build up a lead big enough.

Two men who will not have that problem are Morozov and home favourite Michael Andrew.

Both are versatile across all four strokes, like Hosszú, but specialise in the 50m and 100m events rather than the 200m and 400m races.

This will give them a better opportunity to earn extra points, not only in the skins, but also on relays.

LA Current boast a formidable club of Americans and headlining the team are Matt Grevers and Ryan Murphy, two of the best male backstrokers in the world.

They represent the last two Olympic gold medallists in the 100m backstroke.

The ISL series has been promised to take swimming into a "new era" by organisers.

The league had been subject to legal action last year, when the International Swimming Federation (FINA) reportedly banned athletes from competing at a meet arranged by the ISL, with the event viewed as a rival of its existing World Cup circuit.

This led to ISL organisers and swimmers taking legal action against FINA, leading to the threat being withdrawn by the world governing body.